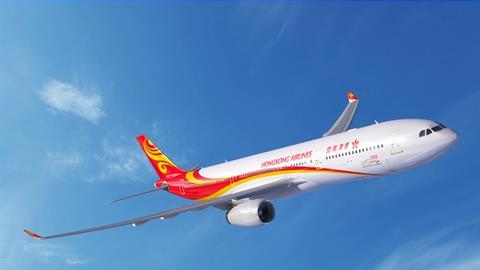 For the first time in nearly a decade, the spectre of another Hong Kong-based airline going under reared its ugly head.

This time, it is embattled Hong Kong Airlines (HKA) that is apparently at risk of closing down.

Troubled Hong Kong Airlines came close to being wound up.

On 2 December, the territory’s Air Transport Licensing Authority (ATLA) issued what many saw was as its final ultimatum yet: that the carrier had to shape its dire financial situation up, or face sanctions, which could include removal of its operating licence.

With it came two new licensing conditions: the airline was, by a certain deadline, to ensure that cash is injected, and also be able to raise and maintain its cash and cash equivalents.

Hong Kong’s Civil Aviation Department (CAD) soon followed suit, requesting that the airline confirm if it would still be able to operate safely and stringently in accordance with the territory’s laws. Among the various actions the CAD included “varying, suspending or revoking HKA’s [air operator’s certificate]”.

The carrier was spared sanction on 7 December, the date the authorities were to come to a decision, thanks to a urgently-drawn-up cash injection announced a few days prior.

It is far from being out of the woods though — on 17 December, seven HKA aircraft were impounded by the Airport Authority Hong Kong, in a move to “protect financial interests”. The seven aircraft are understood to have been sitting idle for a while.

More than a year ago, few would have anticipated HKA’s current predicament.

As recently as March 2018 the carrier, part of Chinese conglomerate HNA Group, told FlightGlobal of its ambitious plans to grow its long-haul network, which entailed expanding into North America and Europe.

HKA said then that it was looking to fly to London and New York, in addition to launching San Francisco later that month.

Much of this has been helped by the arrival of the airline’s Airbus A350-900s, which it first took delivery of in 2017.

In the subsequent months of 2018, the airline grew its network, adding points such as Manila, and signing codeshare agreements with carriers like Turkish Airlines and El Al.

But the buoyant mood did not last for long.

In November last year, the carrier was hit by a spate of senior executive departures, namely co-chairman Zhang Kui and vice-chairman Tang King Shing stepping down from the carrier’s board. Still, the carrier stressed that these resignations had “no impact” on operations.

HKA was also hit by a string of bad press, ranging from its financial health, to rumours that the carrier was going to be liquidated.

Media reports had also suggested that the carrier was struggling to meet its near-term financial obligations, particularly as the interest on some of its perpetual bonds falls due on 26 January.

The carrier hit back: “After making reasonable enquiries, Hong Kong Airlines would like to clarify that the market rumours are without basis, malicious and misleading.”

In a span of about three weeks, the airline put out three statements, both deploring the rumours, and also reassuring the travelling public that it was business as usual. It even threatened legal action against those perpetuating these comments.

Then came the regulators.

In January this year, ATLA stepped in and asked HKA to clarify its financial position, in what was to be the first of a year-long back-and-forth between regulator and airline.

Then in February, the airline was sued by two firms for defaulting on aircraft lease rentals, totalling some HK$150 million ($19.2 million).

On 16 April, ATLA once again asked HKA to clarify how it will improve its financial situation.

A week later, HKA was served court orders — this time in relation to management issues. It had been reported that a former airline director, who claimed to have gained control of the ailing carrier, sought the injunction against parent company HNA Group.

From June, as anti-government protests began to rock Hong Kong, HKA itself was fighting it own battles. It transferred rights for two A350s to sister company Hainan Airlines. A month later, it axed San Francisco, a city had served for just over one year.

In early November, the airline announced another round of cuts, this time trimming 6% off capacity, including Los Angeles.

Its move to cut capacity also coincided with the ATLA’s dire pronouncement on the carrier’s financial state. In a statement, the ATLA said HKA’s financial situation showed “no sign of improvement”, and that it was a “matter of concern”.

Three weeks later, the airline further cut capacity, and completely withdrew from the North American market, axing Vancouver from the network. HKA was also reported to have not paid some of its employees their November salaries.

Finally, on 2 December, the Hong Kong authorities came down on the airline, and threatened to wind the company up if it did not get its act together.

One reason HKA has cited in recent days for its dire conditions had to do with the widespread anti-government protests that swept across Hong Kong for the past few months.

However, analysts say the unrest — stemming from a now-withdrawn extradition bill — was the tip of the iceberg, and HKA’s problems were more deep-seated.

Cirium’s head of consultancy for Asia Joanna Lu tells FlightGlobal the “fundamental reason” was to do with its business strategy.

“It has always been questionable why [HKA] would be able to run so many long-haul intercontinental routes with its rather small business scale, and how were these route development decisions approved by the business sustainability evaluation,” Lu says.

Concurring, transportation research analyst at Bocom International Luya You adds that HKA’s recent struggles were likely the result of “poorly timed, rapid expansion into long-haul markets”, which led to mounting liabilities and dwindling liquidity, as well as pressure from collapsing yields.

“Essentially, HKA likely planned their ‘global expansion’ phase too late into the aviation cycle,” You says, noting that around 2017-28, interest rates were skyrocketing, which added to financial costs.

This, coupled with the easing over profitability and high yield pressure, made the perfect storm, in which HKA took a “miscalculated dip” into.

“It wasn’t the best time to expand into new markets, basically, yet HKA was persistent and now they are trying to U-turn during a turbulent market. HKA’s biggest misfortune is that they’ve had to tackle both major restructuring amidst a collapsing local market and lacklustre global market.”

While HKA has been spared sanction for now, analysts like Lu add that the airline has to double down on winning back market confidence.

“It takes time for the [travelling] public to rebuild their trust on this airline and the same applies to [HKA’s] employees. It is also not clear that the root cause of the issue has been addressed,” Lu tells FlightGlobal.

“It wasn’t the best time to expand into new markets, basically, yet HKA was persistent and now they are trying to U-turn during a turbulent market.” - Bocom International analyst Luya You

WHITHER THE HONG KONG MARKET?

HKA’s woes over the past few months had raised the question if the Hong Kong air transport market was able to take more than one major carrier.

After all, the carrier’s situation had some quarters drawing comparisons to the collapse of long-haul, low-cost airline Oasis Hong Kong in 2008.

Oasis went under just 17 months into operation, its demise exacerbated by rising fuel costs during that period. It was the last Hong Kong carrier to close down in recent history.

The analysts note that the Hong Kong market is competitive, dominated by a heavyweight in the form of the Cathay Pacific group.

Bocom’s You says it is always helpful to any market, including Hong Kong, to have competition.

“While becoming the dominant, unchallenged carrier in Hong Kong has its obvious benefits to Cathay, we are concerned that such total leadership could allow Cathay to become overly complacent in its home market and not as attuned to the advancements of regional threats as they should be,” adds You.

Given that the Hong Kong market is facing disruption, Cirium’s Lu notes: “It is crucial for local airlines to maintain their discipline in managing their operational efficiencies and be mindful of any big expansions during this stage.”

As HKA slowly regains some semblance of control, only time will tell if it pays heed to the lessons from its own misfortunes.

It has another 12 aircraft in storage.