How Emirates has been driving force behind A380

The news earlier this year that Airbus had pulled the plug on the A380 and will wind up production in 2021 signalled the end of an exciting and imaginative airliner programme for which Emirates has been the lead sponsor and arguably its most vocal supporter.

The news earlier this year that Airbus had pulled the plug on the A380 and will wind up production in 2021 signalled the end of an exciting and imaginative airliner programme for which Emirates has been the lead sponsor and arguably its most vocal supporter.

The Dubai carrier was of course central to Airbus’s decision, not least because barely 12 months earlier, it had inked a follow-on deal for an additional 20 A380s (plus 16 options), taking its total orders for the superjumbo to 162 aircraft. When signing the deal in January 2018 with outgoing Airbus chief salesman John Leahy, Emirates chairman Sheikh Ahmed bin Saeed Al Maktoum said the $16 billion agreement would provide “stability” to the A380 production line. 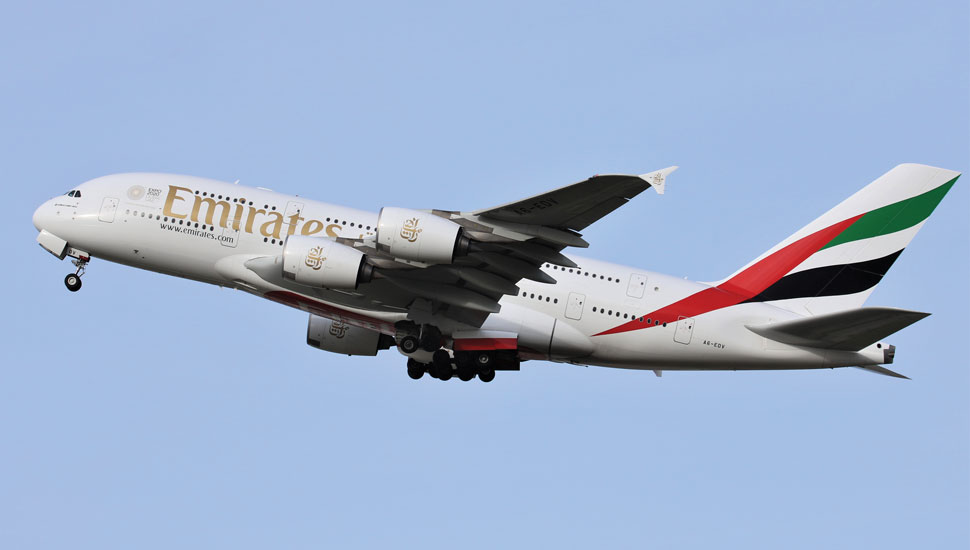 Unfortunately, that intention proved short-lived and Emirates is now negotiating to extricate itself from the bulk of the remaining 50 A380s it has on order, as part of a substitution deal for A330neos and A350s. This will see its orderbook cut back to 123 aircraft, of which 112 had been delivered to the end of October 2019.

Emirates was an early adopter of Airbus’s flagship product, the aircraft serving as the backbone of its global route network through its Dubai base. The airline became the first customer to sign up for the A380 – then dubbed A3XX – on the opening day of the 2000 Farnborough air show when Al Maktoum announced Emirates would order five passenger aircraft and two freighters, along with five options.

Eight years later, in July 2008, the first A380 was delivered to Emirates, by which time its backlog had expanded to 60 firm orders. Fitted with 489 seats, the ultra-large airliner entered service on 1 August on the carrier’s Dubai-New York route. The airline’s president, Tim Clark, was delighted with his new equipment: “Once you’ve flown on it you will not want to go [any other way] if you have a choice – which will make them feel very ill in Seattle,” he said.

At the 2010 ILA air show in Berlin, Emirates signed a major follow-on deal for 32 more aircraft, bringing its overall commitment for the type to 90 aircraft. Then came an even larger order on the opening day of the 2013 Dubai air show, when the airline signed for 50 aircraft, taking its firm commitment to 140 A380s. The extra aircraft would be used partially for replacement and for further expansion, said Al Maktoum. 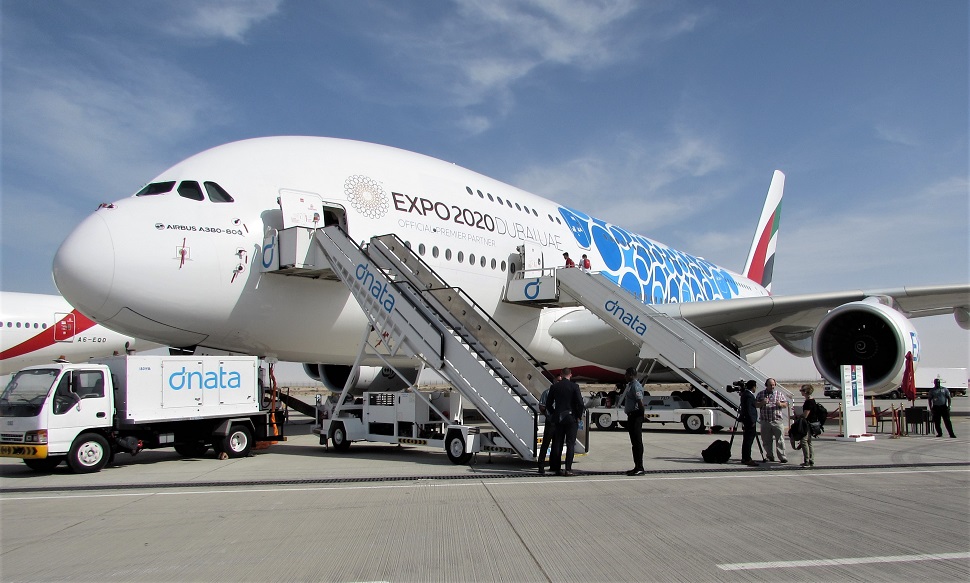 In parallel with its orderbook expansion, the in-service fleet was growing. The 50th A380 was received in July 2014 and the following year Emirates raised the capacity stakes when it introduced its first two-class superjumbo, equipped with 615 seats. Two years ago, just ahead of the 2017 Dubai air show, Emirates took delivery of the 100th A380.

Unfortunately, at that delivery ceremony, Airbus’s then chief executive, Tom Enders, made a prediction that would soon prove way too optimistic, saying: “I am convinced we will still produce A380s 10 years from now.”

The news that the programme was to end was officially confirmed on 14 February 2019, when Airbus stated that with Emirates’ order backlog being renegotiated, all A380 deliveries would cease in 2021 “as a consequence and given the lack of order backlog with other airlines”.

As the curtain comes down on the production line, this year has also seen Emirates begin A380 retirements, with the first aircraft being withdrawn as it gradually winds down the fleet over the next two decades.

“You’ll start seeing A380s coming out of our fleet for various reasons, and we’ve always said this,” says Clark. But he is resolute that the type isn’t going anywhere fast at Emirates.

“This aircraft will still be flying in Emirates in 2035,” he says. “The fleet will stabilise at about 115… and then probably go down to about 90-100 by the middle of the next decade. So, the A380 will remain a major component of our fleet mix for the next 15 years at least.”

Clark says a problem that his successors will face is how the airline eventually replaces the A380 at slot-constrained airports: “There are certain routes on our network where we have for instance six A380s a day running at 92%, each carrying 515 people,” he says.

“So where do we go after that? One of our concerns is that when the A380 goes and we’re still stuck with six slots, we’ll have to put a 777-9 on the route, but it’s going to be 130 seats lighter in terms of capacity.”

No doubt Clark’s capacity quandary is one that will also be on the minds of the future projects teams at Airbus and Boeing.