Asia-Pacific carriers accounted for 45 of the 110 commercial aircraft delivered in November 2019, well down from a year earlier, amid the Boeing 737 Max grounding. 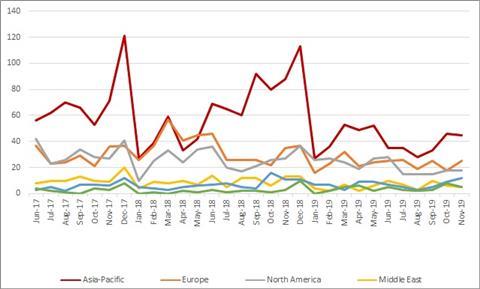 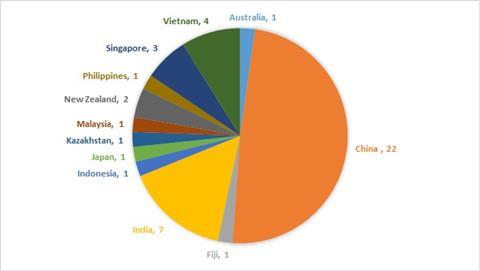 As for other regions, Europe saw 25 deliveries November 2019, Europe 18, Latin America 12, while Africa and the Middle East took five each.

Among Asia-Pacific countries, Chinese airlines led with 22 new aircraft. Indian airlines had a strong month with seven deliveries, followed by Vietnam with four and Singapore with three. 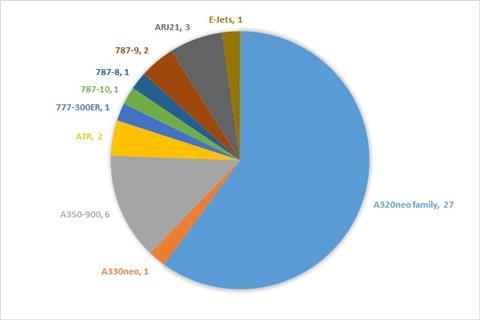 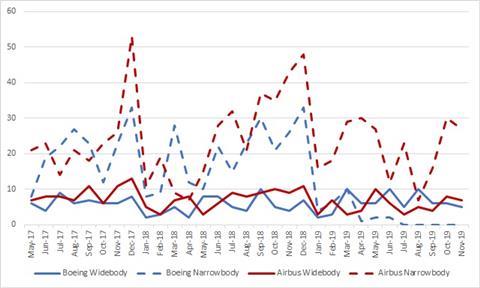 Asia-Pacific deliveries by Airbus and Boeing through 30 November 2019

Given Boeing’s continued travails with the 737 Max grounding, which has stopped deliveries, Airbus led narrowbody deliveries with 27 A320neo jets. 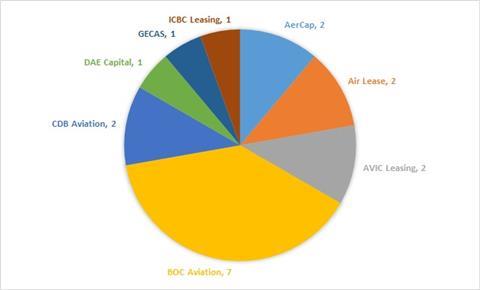 Lessors were involved in 18 of the month’s 44 deliveries to the region. BOC Aviation dominated the month with involvement in with seven A320neo deliveries to Air China (two), Bamboo Airways (1), Sichuan Airlines (2), and Vistara (2).