NokScoot has shelved plans to add narrowbodies to its fleet, as it eyes the imminent arrival of its sixth and seventh Boeing 777-200ERs.

The plan to acquire 737-800s was put on hold because doing so would have added to the complexity of operating a mixed fleet, says chief executive Yodchai Sudhidhanakul in an interview with FlightGlobal.

At the beginning of 2019 the Bangkok Don Mueang-based airline had viewed the move into narrowbodies as a way to add flexibility.

NokScoot is still on track, however, to take a pair of 777-200ERs from Singapore Airlines that will arrive next month. Though they will arrive soon, the aircrafts’ service entry is not imminent. Rather, NokScoot wants to take receipt of the aircraft before they hit the 16-year-old mark, as this is the cutoff for used airliners entering the Thai market. 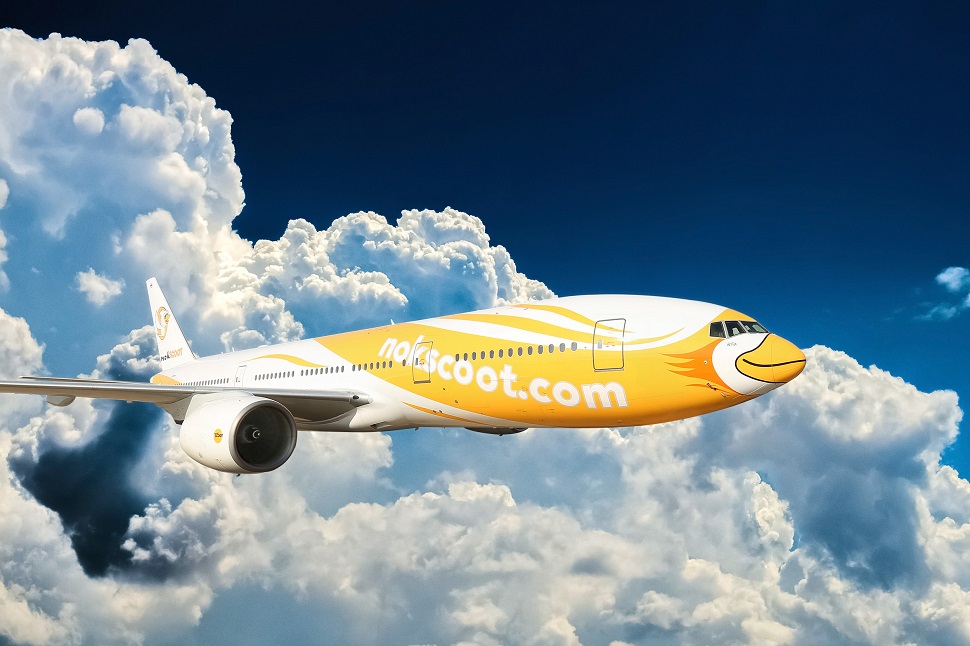 After receipt from SIA, the two new aircraft will be reconfigured to bring their total seat count to 415, with 24 business class and 391 economy class seats. SIA’s 777-200ERs have a far lower density with a total of 256 seats, with 28 in business class and 228 in economy.

Despite the high density of NokScoot’s aircraft, Sudhidhanakul says that operating widebodies is the airline’s main differentiator compared with Don Mueang’s dominant carriers Thai Lion and Thai AirAsia, both of which mainly use narrowbodies.

“They have economies of scale, but we have the biggest aircraft,” says Sudhidhanakul. “We have been able to convince consumers that our aircraft are more comfortable with a better seat pitch. When you are flying to destinations where there are repeat customers, aircraft size matters.”

NokScoot has reconfigured its network over the last 12 months, reducing its reliance on the Chinese leisure market.

Indeed, NokScoot’s primary reason for focusing on China after its May 2015 launch was December 2015’s imposition of an ICAO red flag against Thailand. This forced the carrier to drop early plans for South Korean and Japanese services, because Tokyo and Seoul used the red flag to stop the addition of new services from Thailand. Beijing was more open, setting the stage for major traffic growth to China’s secondary cities. The red flag was lifted in late 2017.

Cirium schedules data shows that from July 2018 to July 2019, NokScoot grew its seat capacity by 5.8%. But the small change belies some major shifts - it dropped services to Xian and Dalian, and reduced capacity to Tianjin, Qingdao, Shenyang, and Tokyo Narita.

Meanwhile, it launched services to Shanghai, Osaka, and Delhi. The addition of Shanghai came at the expense of Xian, but NokScoot could add Xian again with the arrival of the two additional 777s.

Sudhidhanakul notes that while China is Thailand’s biggest tourism market, it can be fickle. One incident that dented arrivals was the capsizing of a tourist ferry off the Thai resort island of Phuket in July 2018, in which 47 Chinese tourists died.

“China is the biggest market for Thailand with about ten million tourists, but the moment you have an issue, such as the boat sinking in Phuket, it has a huge impact on travel patterns. When you have all your eggs in one basket and there is a problem with the eggs, then you are in trouble. So we decided to diversify.”

Still, diversification is no panacea because NokScoot’s larger rivals have also added services outside the China market. The competition has had a profound impact on the carrier, which has yet to turn a profit.

“Every airline needs a certain size to become profitable,” he adds. “When I started we had three aircraft, but with three you don’t have the economies of scale. This year we are getting number six and seven, but the market is very, very competitive. I don’t see that we are going to be profitable within this year.”

He feels, however, that the frenetic fleet growth that Thailand has seen in recent years, with Thai Lion and Thai AirAsia both boosting their fleets, will come to an end owing to increasingly tight parking at Don Mueang.

“Thailand is getting towards the end of its growth capacity. With that, things are likely to slow down a bit and the market will be able to catch up more.”