Which markets has the fall of Thomas Cook impacted 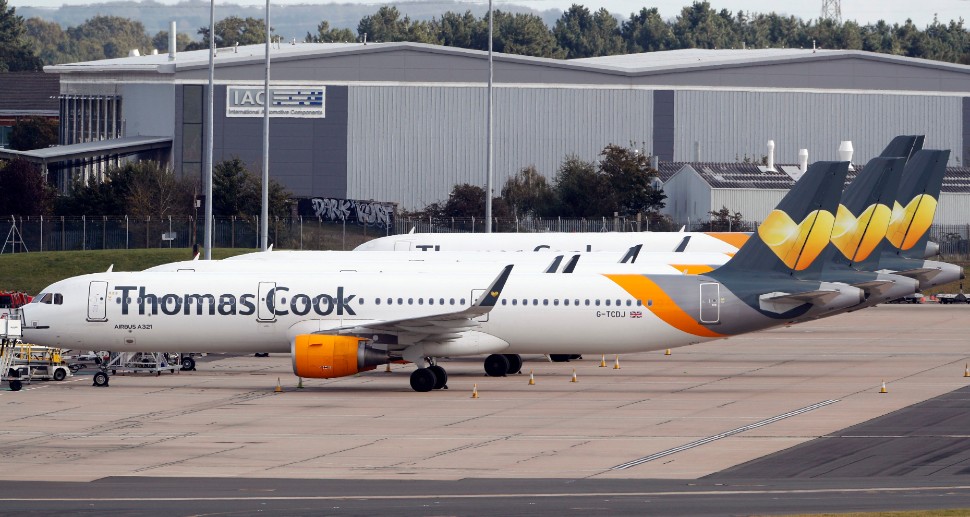 Roughly a third of its flights – and more than a third of its seat capacity – was focused on just over 50 routes out of Manchester at last summer’s peak.

Over a fifth of its capacity was deployed from London Gatwick, while Birmingham was the next-biggest UK point in the Thomas Cook network – representing around 10% of its August capacity from the UK.

While Spain was the airline’s biggest market – in terms of both number of routes and flight capacity from the UK – it is perhaps in the UK-Turkey holiday market that its presence will be most missed. The airline operated thicker frequencies in the UK-Turkish market, flying almost the same number of seats to Turkey as Spain in August 2019, despite operating fewer than half the routes.

Thomas Cook was only the fourth-biggest operator in terms of capacity on UK-Spain routes in August 2019 – well behind Ryanair, EasyJet and Jet2 – but was the biggest operator from the UK to Turkey for the same month.

Ten of Thomas Cook’s 20 biggest routes by seat capacity last August were to Turkey, with Dalaman and Antalya featuring prominently.

Little surprise, then, that some of the expansion moves by rival leisure carriers are aimed squarely at these markets.

On 17 October, UK operator Jet2 announced plans to lift its seat capacity at Manchester next summer by 16% through the addition of 450,000 more seats.

Notably 140,000 of those seats are on Turkish routes including Dalaman and Antalya.

At Birmingham, Jet2 is lifting seat capacity 23% next summer, with the addition of 160,000 seats. A quarter of these additional seats are focused on Turkey.

Manchester and Birmingham also feature prominently in TUI Airways’ expansion from the UK next summer, part of the 2 million additional seats it announced it was adding to the market following the collapse of Thomas Cook.

“Like any good business would, we need to make sure we fill some of that void that has been left for customers that would have traditionally gone on Thomas Cook,” TUI Airways managing director Dawn Wilson, who heads up the UK airline, told FlightGlobal during the Airlines 2050 conference in London on 17 October.

“We intend to grow our business and we think there are some good opportunities out there. We saw initially when [Thomas Cook] first went into receivership, we had a lot of customers reaching out to us to book holidays straight away. So our announcement is very much focused in the regions. We like to take local people on holiday from local airports.”

WHAT DOES MONARCH PRECEDENT SHOW?

Thomas Cook’s collapse came two years after another long-established name in the UK leisure business, Monarch Airlines, had suffered a similar fate. Monarch, which like Thomas Cook had been battling legacy financial issues, found itself squeezed on UK leisure routes to Spain, Portugal and Greece after it was forced to shift capacity from the then-troubled holiday markets in Turkey and North Africa.

Notably, Monarch found itself among multiple players operating on key leisure routes. In many cases it was competing with its charter rivals TUI, Jet2 and Thomas Cook as well as the low-cost operators.

For example, Monarch and Thomas Cook were among seven carriers flying between Manchester and Palma de Mallorca in August 2017. These seven carriers flew 321 return services on the route across the month. Monarch accounted for 48 of these, but the capacity was swiftly picked up by rivals. By August 2019, Cirium schedules data shows, there were 337 return flights between Manchester and Palma de Mallorca – some 16 more than when Monarch had been flying.

Thomas Cook was a relatively small player on the route and the loss of its daily service is unlikely to change the dynamic of competition very much. History would suggest this capacity may easily be absorbed by its rivals.

However, overall capacity between the UK and Spain remains down in the peak summer months, Cirium schedules data shows. UK leisure carrier Jet2 has added the most capacity since August 2017, one of five alongside British Airways, EasyJet, Iberia Express and Ryanair to do so. But seat capacity between the UK and Spain is 5% down in August 2019. While this largely reflects the lost capacity of Monarch, both TUI Airways and Thomas Cook have cut their UK-Spain capacity at a double-digit rate since August 2017.

Turkey was one of the markets to which both Thomas Cook Airlines and TUI Airways transferred capacity from the UK. That coincided with the wider recovery in the Turkish tourism market. Overall seat capacity from the UK to Turkey was running more than 50% higher in August this year than the same month two years previously. Seat capacity in the UK-Turkish market is now at its highest level, Cirium capacity figures for the year ending October show.

Thomas Cook Airlines had been a key player in that increase. It lifted its own seat capacity by 48% compared with August 2018, at a faster rate than the next-biggest operator Turkish Airlines. As a result, it was the biggest operator, accounting for around 36% of seat capacity, in the UK-Turkish market immediately prior to its collapse.

As many of Thomas Cook’s challenges were related to business model and legacy financial issues, rather than the market specifically, it is little surprise to see rival travel firms picking up this capacity. Even before their recent expansion announcements, Jet2 had added Turkish capacity at a faster rate than Thomas Cook in absolute terms since August 2017. And TUI Airways was not far behind Thomas Cook in its volume of added seats.

WHAT HAPPENS NEXT AT GATWICK

While expansion moves have already been announced by rivals at Birmingham and Manchester, future developments at the slot-constrained Gatwick will hinge on the resolution of Thomas Cook’s insolvency process.

In recent years, slots at Gatwick have become increasingly prized, and those of Monarch were sharply contested.

British Airways parent IAG bid successfully for the slots after Monarch’s administrator, KPMG, successfully overturned a court ruling to enable it to so sell the slots as part of efforts to raise funds.

KPMG is one of the administrators handling the Thomas Cook insolvency and reportedly set a mid-October deadline for bids for the slots. Reports suggest IAG and Wizz Air are among the bidders.

Back in February when Thomas Cook Group began evaluating the possible sale of of its airline units as part of fund-raising efforts, chief executive Peter Fankhauser had flagged its “great” slots at airports including Gatwick and Manchester.

Of its US routes from the UK, most of these focused on Orlando, with a number other destinations served from Manchester.

Notably, its greatest long-haul capacity in August 2019 was on Manchester routes to New York JFK and Orlando, and the Mexican resort of Cancun. It operated at least daily flights on all three routes.

The demise of Thomas Cook leaves TUI Airways as currently the only operator on Manchester-Cancun, and Virgin Atlantic as the only scheduled operator serving New York JFK and Orlando from the UK airport.

From Gatwick, Thomas Cook was, in August, the smallest of four operators serving Orlando. British Airways, Norwegian and Virgin Atlantic all operated at least daily services on Orlando-Gatwick during August 2019.