While the Boeing 777-200/200ER has been an airline icon for the last 25 years, the coronavirus pandemic is likely to accelerate its disappearance from the skies.

The collapse in air travel demand and its attendant groundings come almost exactly a quarter century after the 777-200 operated its first commercial service with United Airlines on 7 June 1995. 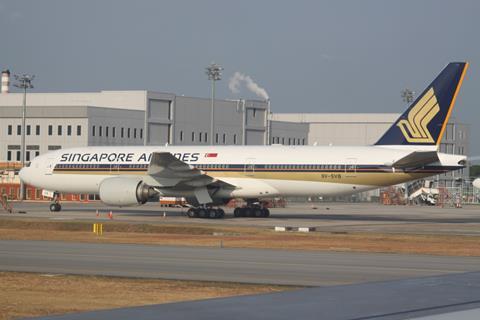 Singapore Airlines (SIA) recently confirmed that it will retire its last trio of -200s ahead of schedule, all of which are parked in Alice Springs, Australia. Delta Air Lines will phase out all 18 of its 777s – 10 200LRs and eight -200ERs – before the end of the year. 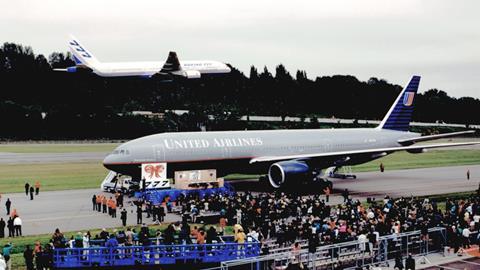 The first 777-200 was delivered to United during a ceremony at Boeing Field on 17 May 1995. Service entry took place a few weeks later on 7 June

Separately, Japan Airlines (JAL) recently told FlightGlobal it will retire a pair of -200s it uses for domestic services. However, that decision is driven by the arrival of replacements in the form of A350-900s. JAL is retaining 10 -200s for domestic use and 11 -200ERs for international services, but it is inevitable that these will also eventually be phased out.

The widebody twin has proven remarkably adaptable. Early in its career the 777-200 was developed into an increased maximum take-off weight version, the 777-200ER, as well as the stretched 777-300. These original iterations of the 777 (-200, -200ER, and -300) - sometimes retrospectively dubbed “classics” - were offered with a choice of engines from all three of the major manufacturers: the GE Aviation GE90-95BL, Pratt & Whitney PW4000, and Rolls-Royce Trent 800.

Distribution of 777 passenger fleet by variant (*as at 15 May 2020). Reflects in service and stored aircraft

In February 2000, Boeing went ahead with a family of advanced 777 variants for which GE was selected as the sole engine supplier with its GE90-115BL. The updated family, based on the existing -200 and -300 platforms, featured a number of changes. Key differences include a revised wing with extended wing-tips and increased weight, to deliver increased payload-range. Variants include the 777-200LR, 777-300ER, and 777F. The venerable -200/200ER is also the ultimate ancestor of the new GE9X-powered 777X family, which was launched in 2013 and is currently in flight test.

Cirium fleets data shows that 294 -200/200ER-series jets are now in storage, as defined by one week on the ground, compared with just 104 examples in service. Of the in-service jets, 45 are flying in the Asia-Pacific, followed by 36 in Europe and just 19 in North America.

Regional in-service numbers are distorted given the massive fleet disruptions wrought by the coronavirus, in that North American operators have more -200/200ERs than those in the Asia-Pacific, and European carriers operate almost equal numbers. Still, for most of the variant’s history, its dominant market has been the Asia-Pacific.

The 777-300 stretch, however, remains largely a product for the Asia-Pacific, with 43 examples held by carriers in the region, out of a global fleet of 53. Of these, 35 are in storage and 19 in service. The world’s biggest operator of the type is Cathay Pacific, with 12 examples. ANA, Thai, SIA, JAL, and Korean Air also operate the -300. 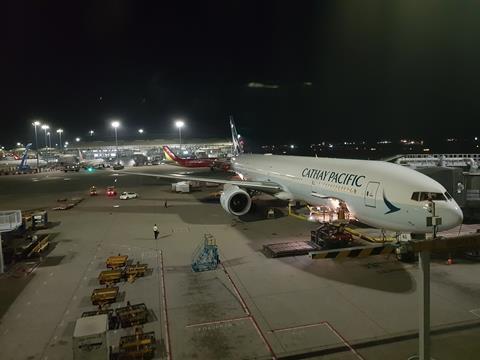 Cathay Pacific is the main operator of the 777-300, with 12 Rolls-Royce Trent 800-powered examples

“The A350-900 offers similar capacity and higher range for lower operating costs. Additionally, the service entry for the 323-seat 787-10 in 2018 has provided another replacement, albeit with a narrower cabin. The 787-9 can also provide some competition on slightly thinner routes because it can get close to the 777-200ER in seating and has more cargo capacity.”

The airline industry’s recovery from coronavirus will be complicated and long. Airlines and industry officials have predicted a return to 2019 traffic levels by 2023 or later, but this could be too late for the world’s grounded 777-200s and -200ERs. The type was already being steadily eased out before the crisis, but its disappearance is likely to accelerate.