Airbus Military is discussing the potential sale of additional C295 tactical transports to Ghana, with the type expected to be used in support of the UN’s African peacekeeping requirements.

Ghana has previously acquired two C925s for use by its air force, which Flightglobal’s MiliCAS databaserecords as having been delivered in 2011 and 2012. 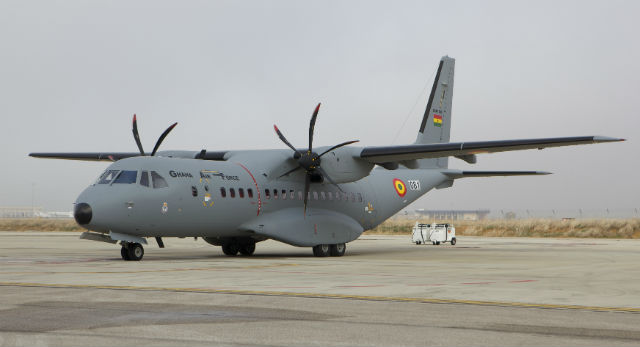 Indications of a prospective deal with an undisclosed African customer emerged late last month when a C295 appeared on the ramp at Airbus Military’s San Pablo final assembly site in Seville, Spain, in a white colour scheme and carrying UN markings.

“We are in discussions with Ghana regarding the possible acquisition of C295s,” says the company, which stresses that a deal has yet to be finalised.

Operations with modern-day types such as the twin-turboprop C295 would provide UN missions in Africa with an alternative to using aged Antonov-series transports, which have been involved in numerous fatal accidents on the continent over the last several years.