Oana Petrescu – who had joined the airline as interim chief financial officer in January 2018 – was described as a turnaround specialist when her appointment as director general was disclosed in May this year. She has sought to cut Blue Air’s costs, capacity and route networks, and in its financial year ended 30 September it made an operating profit of €8.9 million ($9.9 million), reversing an operating loss of €19 million in the previous 12 months.

“We know what we want to be, and what we don’t want to be,” said Petrescu on the sidelines of IATA’s Wings of Change conference in Berlin on 19 November. “We want to be a low-cost airline flying our passengers point to point. We want to provide affordable travel with the best prices” – something essential in the carrier’s cost-conscious main market. 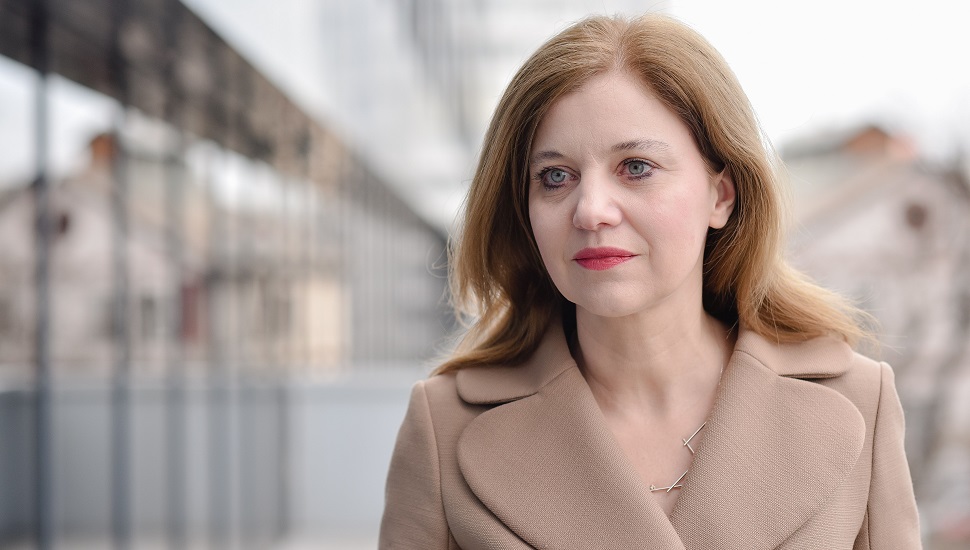 Petrescu notes that Blue Air’s load factors have risen sharply over the past year, from 80% last summer to 90% in in the same period of 2019. By focusing on consolidating its presence in key markets, the airline is “confident we can deliver load factors above 90% all year round” from 2020, says Petescu.

By contrast, Romanian flag carrier Tarom is embattled: having lost $15.5 million in the first half of 2019, it has recently appointed its sixth director general of this year and been embroiled in a national political controversy.

While all that might create opportunities for a more nimble rival to pick up market share, Petrescu takes no any pleasure from seeing her more established rival in difficulties. Indeed, during her Wings of Change address she bemoaned the effect that lack of competition had had on the local aviation market and therefore Blue Air itself.

Perhaps a sign of how it is setting its sights, Blue Air is described by Petrescu as a regional carrier along the lines of Wizz – albeit on a much smaller scale – on account of having bases in Turin in Italy and Larnaca in Cyprus.

“We have plans to have more bases, but for the time being we want to consolidate,” she says. “We really want to have a great franchise so when we go to other bases we can deliver good routes and good prices with low carbon emissions – because our planes should be full.”

Cirium data shows that Blue Air operates an all Boeing fleet of 21 737s to 41 destinations across 16 countries. The airline has been hit by the grounding of the 737 Max – of which it has 12 on order – but retains faith in the aircraft and its manufacturer. “We will stick with Boeing only. For us, it’s a very healthy and very good relationship,” says Petrescu.

Blue Air has seen its aircraft deliveries postponed but credits Boeing with keep its customer well-informed, ensuring its ability to plan ahead. Turning to compensation from Boeing, Petrescu says Blue Air is “happy with the outcome” of discussions with the airframer.

“Let’s say it has been decided how our relationship should move forward,” she adds, hinting at a more complicated agreement than mere compensation.

At the suggestion that this could involve discounts on future orders, she laughs and notes that “all options have been analysed”.