Do airlines have the management to thrive in the post-crisis market?

While industry analysts have been busy predicting how airlines might navigate their way through the crisis, Peter Davies, founder of Airline Management Group, argues the big challenge will be finding the exceptional talent and imagination in leadership needed to deliver on plans in the new normal

In all my experiences with unprofitable and badly managed airlines, there were a number of constants. But the things that shone out were the endless business plans, expensively created, that sat dormant on the chief executive’s desk awaiting implementation.

One airline I was involved in had at least five, and most had at least three. For many It was rather like being told to read a book on the principles of flight, then take your first solo without any training.

Planning with insights supported by intellectual analytical data is vital for any business, no more so than where the airline industry finds itself in today’s virus environment. These insights paint a very dark picture of the immediate future and one has to wonder what the ‘new normal’ will be.

Operational research is a vital component of any airline’s weaponry; the ability to muster data and interpret complicated and sometimes conflicting information into an assembled meaningful argument should produce a solid foundation from which decisions can be made.

Whilst that process is ground in scientific logic, does the interpretation today need to be more circumspect? Understanding the logic of the past and how one arrived at a certain situation today is great hindsight but how do we prepare for the future given the complexity of the many unknowns we face today? 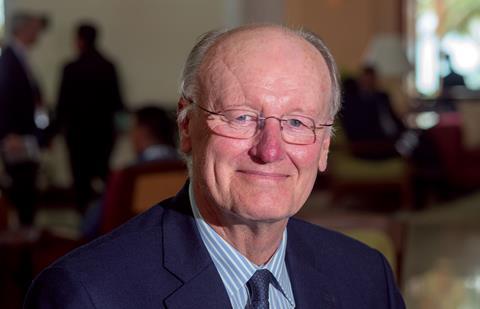 There are numerous articles and intellectual thoughts being articulated globally about the future. Will super hubs survive? Will the Boeing 787 and Airbus A350 dawn a new direct way to travel? Will legacy carriers survive? Can the low-cost carrier and ultra-low-cost carrier model become the new norm? But very little mention of the one constant ingredient that any organisation needs in these times, or indeed in any time – management.

One can and will argue that many airlines and the supporting industry have the management teams that have the aptitude, capability, agility and fortitude to “weather the current storm”. But based upon my experiences, pre-Covid-19, I am not so sure that is correct.

Our industry, at least from an airline perspective, is littered with many carriers unable to “weather the storm” in what can be argued as “good times” – a period in which billions were flying and technology was having a substantial impact on operating costs with improved airframes and engine performance.

And herein lies the rub – if many airlines (with the obvious few exceptions), generally, were incapable of creating a strong balance sheet commensurate with a consumer offering that made their airline attractive to fly and make profits before the crisis, what on earth will change post-Covid-19?

Many, if not most, of the management teams pre-eminent before January this year have remained and will undoubtedly remain as we enter 2021. But at what long-term expense? Why throw good money at airline management teams that have a notorious financial past?

The environment any self-respecting chief executive and their management team have to create is one that clearly translates the financial wishes of the shareholder – private or state – into a meaningful sets of values, beliefs and business planning to motivate a workforce capable of delivering to the consumer a safe, reliable product that represents good value for money and is based on the best operational excellence that that product demands.

It is irrelevant whether that is a legacy carrier, first-class cabin or ultra-low-cost environment. That is another argument. Suffice to say the airline pitches what it believes to be the best set of circumstances to market, sell and operate to its chosen target audience.

Leadership has many definitions but one that I have consistently used, particularly in corporate turnarounds, is the absolute necessity to create an environment in which others can work to the best of their ability. Pulling people through, not pushing, is key for me.

This applies equally to the shareholder as it does to the workforce. Whilst in many situations one has to manage short-term expectations, the long game is profitably developing a strategy that is omnipresent to market opportunities and yet balanced with a sense of realism and implementation.

It has been quoted a number of times that “plans are worthless, but planning is everything”. This is not the paradox it may seem, as it delivers the essential message that planning to plan is futile, time consuming and can be expensive if you believe in the Einstein definition of insanity as “doing the same thing over and over again but expecting different results”.

Effective direction, execution and implementation results from effective and meticulous planning. The intellectual understanding of analytical data is paramount to successful planning but at some point the craft has to be launched and you have to rely upon the skills of the practitioner to implement and deliver.

It is appropriate that an airline, metaphorically, represents such a journey and as a pilot one has to manage the three-dimensional aspect of flying an aircraft – all good in blue skies but lethal if not managed effectively and skilfully in dark, dismal and opaque conditions.

I raise these thoughts as our industry will require different and new skills to manage the significant adversity which the pandemic has created – and potentially has the capability to worsen. Any low hanging fruit has been eaten in the past few months and the high hanging fruit, if there is any, maybe be out of reach for many.

In the current adverse trading conditions, we all face an uncertain future and one hears talk about the ‘new normal’ – whatever that is. But is there now an opportunity to reset the dials and establish a set of criteria which accepts and recognises that life has and will change? Should we scrap previously thought insightful business models? Are there now the circumstances in which we can completely redesign our industry?

Whilst the analysts will produce numerous models and suggestions, critically, are the management skills there necessary to implement such a radical change agenda – because that is what it is – today?

A radical change agenda tests every skill and sinew with all the unfettered yet intellectual imagination that a management team can muster, and requires a plan that doesn’t gain dust.

About the author: Peter Davies is chief executive and founder of Airline Management Group. He has held a number senior management positions at airlines, including serving as chief executive of Brussels Airlines, Caribbean Airlines and Air Malta, and most recently, as chief restructuring officer of South African Airways.