What should the expectations from Single European Sky really be?

Former director general of air traffic management trade body CANSO, Graham Lake, argues the much-criticised Single European Sky project deserves credit for what has been achieved, but that better expectations management and fuller accountability for (lack of) progress and investment decisions at a local level is required.

Walsh and O’Leary called for political action and a halt to SES investment. Critically both highlighted how the more efficient routings intended by SES will deliver additional carbon savings of 10-12%. Calls for political action are well founded. It’s hard to envision any other measures that could deliver that magnitude of carbon saving yet, still build on other green initiatives underway. 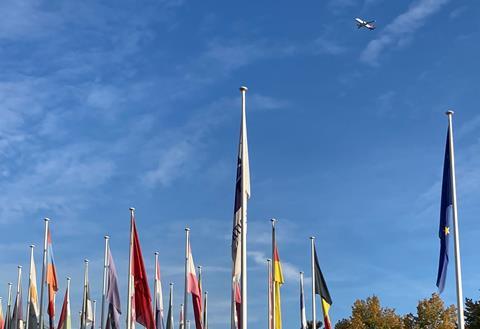 Meanwhile, the European Commission wrestles with the challenge of what to do about SES. History suggests that the politics of sovereignty, defence and workers’ rights present insurmountable obstructions to further progress.

While air navigation service providers (ANSPs) point to their significant individual green endeavours and achievements, the uncomfortable truth exercising airline chiefs is consequent fragmented European airspace. The situation is perhaps better described as ‘the delinquency of the European airspace structure’.

Criticism of the outcomes of SES is not new. Even the Commission’s own audit of the programme has criticised both the progress and outcomes as far back as 2017, acknowledging that SES had succeeded in changing culture, but not in delivering a Single European Sky.

SES was originally proposed as a political initiative by the Commission almost a quarter of a century ago! The Commission’s overall objective was the improvement of safety and cost performance of the European ATM system. This translated into high-level goals. Using 2005 as a base, these goals were to:

When growth in demand slowed, the goals became irrelevant in respect of capacity, and unachievable in respect of cost-efficiency. Slower growth shifted the expectations of airspace users from increasing capacity of the ATM system to lowering its cost. By 2018, carbon targets had acquired more focus.

SES has undoubtedly created a culture of convergence among European states and their regulators, as well as leading to the creation of the pan-European Performance Review Body. The latter measures performance across a remarkable range of metrics, reported annually and including observations on trends, and recommended actions. This perhaps more than any other initiative has underpinned ANSP performance transformation and convergence.

The technology pillar (the SESAR programme) has ‘herded the technical cats’ that had previously shown little sign of being capable of supporting the harmonisation and outcomes envisioned.

The Commission’s appointment of Eurocontrol as Network Manager has further accelerated convergence and clarified accountabilities.

These are successes and should be lauded.

Yet, clearly the objectives for SES have not been achieved as intended - at least as far as the airspace users and perhaps even airspace managers are concerned. Covid has made matters worse – decimating budgets, disrupting programmes and upending critical manpower planning.

HOW TO MOVE SES FORWARD?

As with most complex challenges, identifying ‘the art of the possible’ is a good place to start. That means building a deeper understanding by each stakeholder of the performance and cost elements, issues that they either control or influence (positively and negatively), and clarifying what good, or at least better, looks like.

For airlines, that means a focus on their own organisational structure and relationships with their national ANSP, their main base airport and their regulator.

Airlines and airports could do a better job of setting out their operational, environmental and financial priorities for their national ATM system and, communicating, collaborating and agreeing on delivery of those priorities locally, nationally and further afield.

Reliance on the nirvana of SES to solve the systemic ATM challenges at a national or airport level will continue to lead to disappointment, further undermining the battered credibility of SES and the undoubted SES benefits that nevertheless have been achieved and continue to accrue over time.

All too often, the ANSP community operates in a vacuum when it comes to specific user requirements, priorities and tolerances. The ANSP culture (regulated state-owned monopoly) is also a long way from the reality of the airlines’ positions in the voracious commercial food chain. Reconciling these inherent differences requires dialogue, negotiation, patience and understanding. Independent oversight of these relationships has been shown to help align views and objectives.

Airports too have a role to play in SES. More clarity on airports’ specific requirements of the ATM system independent of the airspace users is needed. More resilience too in airport capacity planning is necessary. An airport that cannot support its planned levels of operation 24/7 creates risk for both the aircraft and airspace operator and contributes to sub-optimal performance. National and SES legislation could, for instance, call for minimum operating resilience in airport declared capacity determinations.

Airline criticism of SES achievements is understandable, but beneficial progress has been made and continues to accrue. Sustained pursuit of SES objectives is justified. For airlines, airports and ANSPs’ seeking to improve the ATM system more quickly, results are more likely to be found sooner from a look in the mirror, and closer to home, rather than at the Commission.

About the author: Graham Lake has spent more than twenty years in international aviation policy advocacy, including a period as director general of CANSO, the trade association for air traffic management providers.