Why coronavirus crisis is litmus test for loyalty programmes

Desperate times call for desperate measures. However, the answer to the coronavirus crisis does not lie in ever-more exorbitant promotions, argues Evert de Boer. Airlines must now resist the temptation to fall back into old habits – and instead, stay on the recent course of innovation, customer intelligence and financial accountability.

During the early phases of the coronavirus crisis, loyalty programmes once again demonstrated their value to airlines.

When the bottom fell out of air travel during March and April of this year, credit card spend witnessed a much smaller drop, keeping the cash flows from co-branded credit cards going. 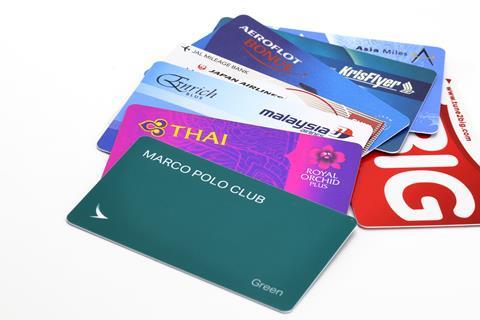 The pre-selling of loyalty points to partners also provides the opportunity for much-needed liquidity. JetBlue sold points to its partner Barclays generating $150 million – a relatively small amount by their own admission but apparently at favourable terms.

And as part of discussions with the US Treasury to accept the loyalty programmes as collateral, American Airlines earmarked the AAdvantage programme as its single largest asset with an ‘impact value’ of between $18 and $30 billion. United Airlines, meanwhile, has obtained a $5 billion financing commitment through a financing structure secured by its MileagePlus loyalty programme.

Avianca and Virgin Australia - both of whom are going through formal restructuring - can dangle the prospect of a well-run and profitable loyalty business to suitors and future investors.

The old adage that desperate times call for desperate measures can be applied to loyalty programmes as well. And with passenger volumes and load factors far below their regular levels, programmes are pulling out all the stops to, at a minimum, maintain the engagement of members with a view to getting them back on board at a later point.

But should airlines heed the call of vocal pundits who call for ever greater promotions? Most likely this will lead to a race to the bottom – in which case no one will win. Not even the consumer. Sooner or later the resulting economics would force programmes to adjust their award pricing - bringing about the much-loathed programme devaluations.

Instead of only running short-term tactical promotions, the programmes should keep their focus on ongoing innovation, customer intelligence and financial accountability.

One of the reasons of the ongoing success of the airline loyalty programmes has been their ability to reinvent themselves over time.

In recent years, there have been significant gains by addressing some of the shortcomings of the original model, and thereby improving the underlying programme economics.

In the USA specifically, the pendulum swung to the programmes, producing better commercial terms with their main co-branded credit partners (resulting in improved yields per mile sold), whereas on a more global level programs introduced more apt elite qualification structures, more befitting organizational designs and last but not least aligned rewards to customer value through the introduction of revenue-based accrual.

In many ways, airline loyalty programmes are uniquely positioned to maintain the level of engagement with customers. Not only do they represent the single largest repository of customers for an airline, they also offer the highest concentration of transactional, socio-demographic and behavioural data.

The combination of individual customers’ data offers a strong and relevant marketing tool, allowing airlines to craft the right message to the right consumer. Even at a rudimentary level, understanding the customer will play a critical role.

Think, for example, of how different market segments are expected to rebound post crisis. Many are expecting reduced corporate travel, whereas leisure and visiting friends and relatives (VFR) are likely to bounce back sooner. A one-size fits all approach therefore would not only miss the target, it runs the risk of creating significant and unwanted side effects.

Airline loyalty programmes can play an important role in weathering the financial storm – both in the long-term as well as the pressing immediate need. But for this to happen, airlines need to ensure that the right structures are in place, allowing them to articulate and measure the value created by the loyalty programme.

While some leading airlines have created separate segments or entities for their loyalty programmes (for example IAG, Lufthansa, ANA and Qantas), the majority of the airlines continue to hide them under the bonnet.

In order for a programme to fire on all cylinders, clarity around the performance and the related intra- and inter-company transfer agreements is a must. Especially now, when core airline earnings are expected to be sub par for the foreseeable future, a well-defined and managed loyalty segment could play a critical role.

As green shoots start to appear, airline loyalty programmes can be pivotal in the turnaround of the business. They offer access to the single-largest repository of customers, and many airlines already offer flexibility for award tickets, affording what will quickly become the new table stake.

However, there is a real risk that airlines, in their search for savings, will apply cutbacks indiscriminately across the business, including loyalty programmes. This would not only put at risk the gains that were made in recent years, but also hamper the programmes’ ability to contribute to the turnaround as a strong and growing loyalty asset. And whilst this may be a more palatable option, it would not align resources to the true value potential.

Better design structures and more befitting organisational structures have not only addressed some of the idiosyncrasies of the original model, but also put the programmes more squarely on the agenda of the airline board room. It is now key to stay the course, avoid the pitfalls in the aftermath of the crisis, and realise its full potential.

About the author: Evert de Boer is Managing Partner in On Point Loyalty’s Singapore office and author of ‘Strategy in Airline Loyalty – Frequent Flyer Programs’