Peru is poised to join the C-27J operators club, once Alenia Aermacchi has finalised a roughly €100 million ($135 million) contract to supply its air force with two of the tactical airlifters.

Announced on 25 November, the deal will be signed “as soon as the administrative procedures are completed”, the Italian manufacturer says. Also to cover the provision of in-service support activities, the win follows a competitive process lasting three years. 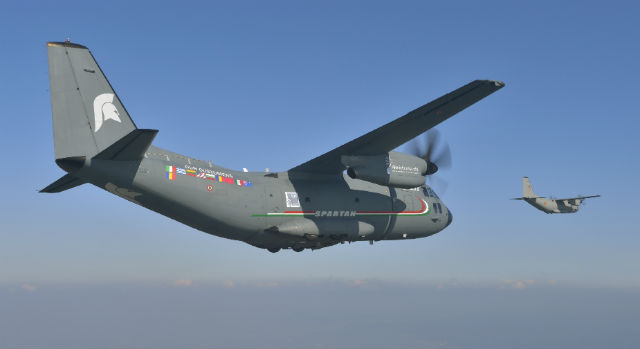 Alenia Aermacchi says the Spartan was selected by Lima following a rigorous in-country assessment. This spanned tasks including personnel and cargo transport, airdrop and medical evacuation, and supporting search and rescue and humanitarian assistance operations.

“The requirement asked for an aircraft able to operate in total safety in the most difficult conditions, as those found over the Andes,” the airframer says. The air force found that the C-27J was “the only aircraft in its class interoperable with heavier airlifters already in service in Peru”, and also had “the capability to operate on a large number of airfields where its competitor is unable to land”.

The C-27J is already in operational use with Bulgaria, Greece, Italy, Lithuania, Mexico, Morocco, Romania and the USA, nearing first deliveries to Australia and Chad, and has also previously been selected by Slovakia. Alenia Aermacchi says that the long-planned purchase by the European nation “is under negotiation”.

Separately, the US Department of Defense has announced plans to transfer seven C-27Js to the US Special Operations Command from US Air Force ownership. Three of the aircraft have already been handed over, with the remainder to follow by April 2014, Alenia Aemacchi says.

To be flown in support of US Army special forces personnel, the aircraft’s final configuration has yet to be determined, the company says.