Boeing has rolled out the first 787-9 aircraft at its Everett, Washington production facility.

The company says it is preparing to fly the aircraft "later this summer". 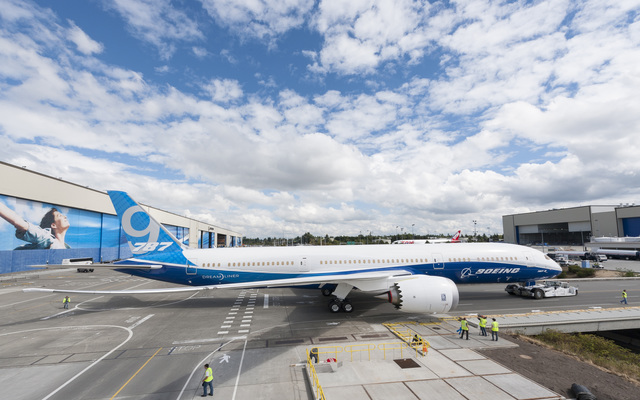 The second and third 787-9 aircraft are in final assembly. The first example will be delivered to launch customer Air New Zealand in the middle of 2014.

According to Flightglobal's Ascend Online database, Boeing has 367 firm orders for the 787-9.