Spain’s first A400M tactical transport has been painted at Airbus Defence & Space’s San Pablo final assembly site in Seville, as the manufacturer conducts preparations for its debut flight within the coming weeks.

The Europrop International TP400-D6-powered Atlas – serial number MSN44 – is the first of 27 on order for the Spanish air force, which has previously said that it introduce 14 of this number and decide on its plans for the remainder after 2024, due to its current funding issues.

Airbus says the airlifter “will now undergo ground tests in preparation for its first flight in mid-July”. 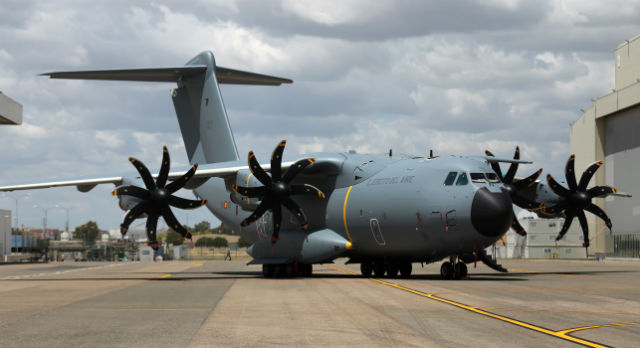 Spain will follow France, Germany, Malaysia, Turkey and the UK in introducing the transport, which is also on order for Belgium and Luxembourg.