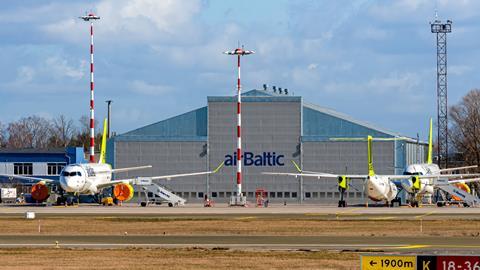 There are many data points that starkly demonstrate the airline industry’s massive challenges during the coronavirus crisis, but Air Baltic is still able to offer a particularly striking one: its forward bookings in early April were down 98% year on year.

Speaking to FlightGlobal on 2 April, however, the Latvian operator’s chief executive Martin Gauss is positive about the carrier’s ability to ride out the storm, despite acknowledging that “a crisis like this hasn’t been seen before”.

That positivity stems from the airline’s relatively strong cash position, and the fact that, in Gauss’s view, the Riga-based carrier was quicker to see the approaching crisis than many of its peers, meaning it was better prepared. 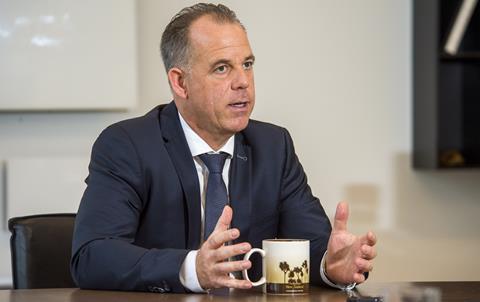 “Cash-wise, Air Baltic had the bond issued,” he says referring to Air Baltic’s recently issued €200 million ($223 million) unsecured eurobond. “We [also] have a favourable position because we have reduced our costs very dramatically on the day we stopped, because we have taken out all operational cost.”

Consequently, while the Latvian state – which owns 80% of the operator – has indicated it might help the carrier, “it’s not needed today”, Gauss says.

“We are in a good cash position and we can go forward significantly longer than some of the major carriers in Europe. But yes, we will need to recover the losses which will be there. We will need equity in the future. I hear our shareholders want to do that, but it has not happened yet.”

Frustratingly for Gauss, 2020 had started well for Air Baltic.

But it was on 24 February that the carrier started to see a reduction in bookings.

“That’s when we initiated a crisis group,” Gauss recalls. “And that crisis group basically took over. If you have an accident you would activate the emergency response action centre, so we did that because we saw the airline could be in severe difficulties – this was well before others saw that coming.”

At first that group concentrated on minimising lost bookings, but it quickly became clear that this was not a viable strategy.

“We went down, down, down” in terms of bookings, Gauss says.

“With the forecast we made… it was clear that this was going the way it went in the end,” he continues. “We are now down to 98% less bookings than we were compared to the year before.”

“If you have an accident you would activate the emergency response action centre, so we did that because we saw the airline could be in severe difficulties – this was well before others saw that coming”

Gauss is supportive of the government’s decision. “Looking at the numbers [of coronavirus infections in Latvia in early April], we did the right thing,” he states, citing the importance of stopping the virus spreading via international arrivals.

In April, Air Baltic is flying “only repatriation flights and cargo”, including a few government-requested flights to Amsterdam.

The focus of the business has instead turned to “having the team in full working on the restart”.

Gauss acknowledges that there are no certainties around when the carrier will be able to resume operations, with Latvia’s border restrictions since extended into May.

He states, however, that “the important thing is… you take a decision today with the best knowledge – but you might have to revise it”.

Air Baltic’s crisis planning currently involves the operator being poised to reintroduce five Airbus A220s into service as soon as restrictions are lifted.

That restart plan focuses on having “a network similar to what we had with heavily reduced frequencies. So, instead of going four times a day, you might only go once a day to that destination.

As part of that restart strategy – and also to offset the lack of revenue and travel demand – Air Baltic has already decided that it will return to service as an all-A220 operator, achieving the “full [fleet] simplicity we wanted to have in the year 2023” much earlier than expected. 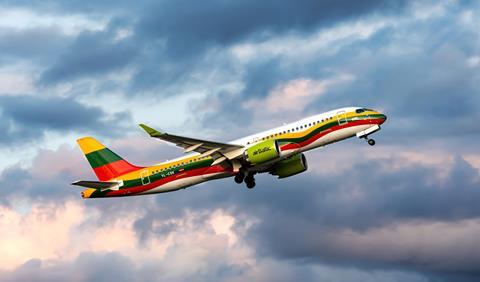 Air Baltic A220 in a special Lithuanian flag livery

That means a maximum in-service fleet this year of 22 A220s – which is roughly a 40% reduction of its operational fleet size compared with its pre-crisis level.

“I see that as a big upside for us once we can start operations again,” Gauss says, citing the superior economics of the A220 and the business efficiencies created by operating a single type.

Alongside the reduction in its fleet size, Air Baltic has laid off 40% of its workforce, keeping on board enough people for the airline to operate solely with its 22 A220s.

“We are saying to all the people who have to leave now that we will re-employ them as we add capacity,” Gauss notes, referring to the point at which the carrier can take deliveries of more A220s.

Air Baltic was due to receive four more of the type this year, but is talking to Airbus “about future deliveries”, and to lessors about payment holidays. Gauss notes that most lessors have been willing to work constructively with the carrier in that regard.

Gauss himself is taking no salary and the rest of the management has taken 20% pay cuts and foregone bonuses.

Meanwhile, “headquarters is only manned with the top management team and the operations control centre” with most staff working from home, he adds, explaining the downtime can be used for activities that are otherwise challenging during busier periods, such as updating software.

At the same time, “we keep the aircraft in maintenance”, Gauss explains.

“We are thinking about doing touch-and-goes to reduce the maintenance costs because there are pretty significant maintenance costs to be done on the aircraft when you are not flying. It could be a business case to fly some of them, also to keep the crews in training.”

A benefit for Air Baltic is that all of its aircraft are parked in one place – Riga International airport – “and we are doing all maintenance, all the things that were supposed to be done over the year, now we will do them”.

Amid the turmoil created by the crisis, attention has often turned to whether it might prompt a new round of consolidation in the European market.

Gauss expects that to be the case, “but it will not happen as the big airlines were wishing for”, he adds, in reference to a situation where Europe’s big five groups hoover up smaller opposition.

“Consolidation will not be driven by [airlines] who said they are stronger, because the ones who said ‘we are stronger and are driving it’ are the ones who are having bigger problems now because of their size,” he states. ”Then they might merge and consolidate. So we might see very interesting constellations in the future with airlines merging and, with that, one of them disappearing.”

The likely global recession following the coronavirus crisis will be a crucial factor, amid a “massive drop in GDP” and rising unemployment.

“What we will see now is that a lot of states will try to maintain connectivity and support their national carriers in whatever form,” he says. “But then you will see one after another failing because there is only a limited amount of money you will receive as an airline under the different legislations.”

Amid these challenges, the sector’s recovery is likely to be marked by “reduced frequencies” across the board, Gauss observes, but “we will see a very steep increase in demand once it’s clear the crisis is over”.

He laments, however, the lack of a co-ordinated international response to the situation at government level.

“We could get out of this faster… if the different states align on what they do and provide the right investments for the right things,” Gauss says. “But it doesn’t look like it at the moment, because they are not pulling in one direction.” 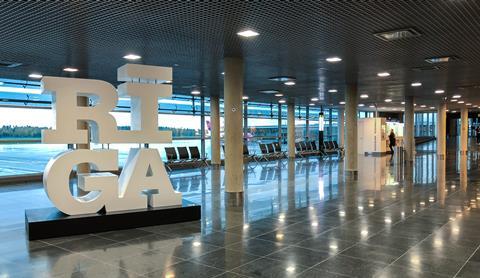 As the airline prepares for a challenging economic environment, new demands around the passenger experience are also expected.

Gauss cites the security measures that were introduced post-9/11 and “were never taken back”, saying that something similar could happen as the coronavirus crisis abates.

“We will have measures for immigration, health checks,” he says. “I don’t think spacing on the aircraft will be an issue, but we will have the demand for a lot of people who are more afraid, to have some space for themselves for quite a while.

“That will lead to different booking behaviour and customer behaviour.”

But there is a lot to gain by making the right decisions now, Gauss concludes.

“We are a mode of transport, and if we do this right and fair, then people will appreciate what we do during this crisis.

“Air transport is so vital, and I think people will really appreciate to be able to travel… We will see a very friendly customer base.”