On the eve of the UN climate change conference COP26, the airline industry is braced to discover what the eventual outcomes will mean for its growth path.

In some senses, the resolution reached at the IATA AGM in October that all carriers will target net-zero CO2 emissions by 2050 puts the industry ahead of the majority of governments around the world.

Indeed, it is expected that one outcome of the Glasgow gathering could be more countries adopting similar targets for their entire economies.

In COP26’s host country, the UK government announced that taxes on the longest flights will increase from April 2023.

That drew a strong response from IATA director general Willie Walsh, who said: “Masquerading this cash grab as a green tax the week before COP26 is the height of political hypocrisy that people are fed up with.” 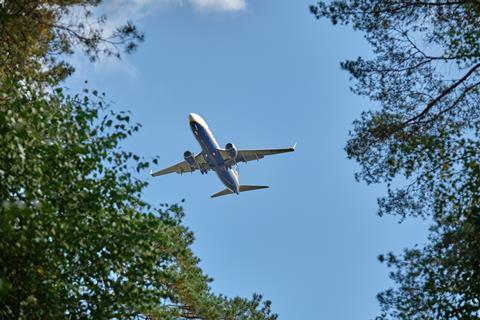 Curiously, however, the UK also announced it would cut taxes on domestic flights, despite those being the most easily replaced by lower-carbon forms of transport.

Also this week, a report from an oversight body suggested that the UK government might wish to consider legislating to restrict the growth of air travel as part of its recently announced net-zero 2050 plan.

Its argument is that the current plan perhaps relies too heavily on technological breakthroughs to reduce air travel’s environment impact, rather than behavioural changes among consumers.

That report hits on a point that is likely to be a crucial theme in the coming years: the balance between governments investing and regulating to de-carbonise air travel versus legislating to restrict it – whether directly or indirectly – as their preferred routes to net-zero. Airlines will want all of the former and none of the latter.

At the same time, a bigger unknown is perhaps how far populations might choose to moderate their air travel, regardless of government policy, as a sense of crisis grows around the world’s climate.

Indications of the journey ahead could emerge in the coming weeks at COP26, with travel due to be the topic of discussion on 10 November.