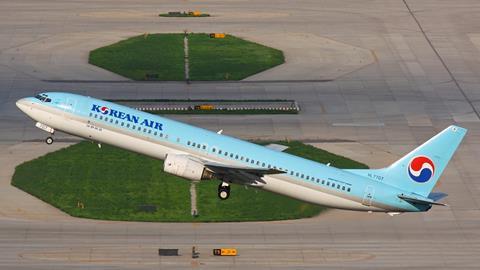 Which airlines are most exposed to mainland China amid the coronavirus?

Airlines are continuing to suspend international capacity to mainland China in the wake of the coronavirus outbreak – but the significance of such decisions to each carrier’s network varies wildly.

For Chinese carriers, the reduction in services is being keenly felt.

But despite the country’s rapid economic growth in recent years, China’s international long-haul connectivity from foreign operators has expanded modestly, tending to focus on large cities such as Beijing, Guangzhou and Shanghai.

Many overseas operators – notably from Europe – have struggled to expand beyond those cities, often citing insufficient feeder services into the country’s secondary airports.

Other factors, such as strained geopolitical relations, have also weighed on the appetite for more connectivity from North America’s operators, for example.

Cirium schedules data for December 2019 – the month before the virus that originated in Wuhan began to disrupt air services – shows that there are exceptions, however, particularly from territories and countries that put single-aisle jets within easy reach of the mainland.

Some, predictably, are airlines based in China’s non-mainland territories: Hong Kong-based Cathay Dragon – the low-cost arm of Cathay Pacific – and Macau-based Air Macau both deployed more than half of their seats on services to and from the mainland in December.

Elsewhere in the region, operators in Japan, Malaysia, Singapore, South Korea and Thailand also have a relatively high exposure to the mainland China market.

From Thailand, 45% of flights and seats, and 40% of available seat kilometres (ASKs), operated by NokScoot were on mainland China services in December, Cirium data shows, although the low-cost carrier accounted for fewer than 200 flights in the month.

Fellow low-cost operator Thai Lion Air meanwhile deployed around 23% of its flights – some 1,328 – and 25% of its seats on mainland China services. Those flights accounted for 44% of its ASKs.

Thai AirAsia saw 13% of its flights – more than 1,500 – and same proportion of its seats operating on mainland China routes in December, accounting for 26% of its ASKs.

Thanks to its long-haul focus, Thai flag carrier Thai Airways is less exposed to the market, but still deployed 9% of flights – nearly 600 – and the same proportion of seats on mainland China routes.

From Malaysia, long-haul low-cost operator AirAsia X deployed 24% of flights – some 477 – and seats into mainland China, accounting for around 20% of its ASKs, Cirium data shows.

In terms of total flights to mainland China, AirAsia ranks highly among its peers at 1,161, or 6% of its total services during the month.

In Singapore, low-cost carrier Scoot deployed some 17% of its flights and 20% of its seats on mainland China services in December. Scoot’s ASK figure is higher at 26%. Regional operator SilkAir was meanwhile at around 10% for both measures and 16% for ASKs. Flag carrier Singapore Airlines was at 6% of flights, 7% of seats and 5% of ASKs.

In South Korea, Asiana and Korean Air both have a significant presence on China routes. For Asiana, they accounted for 21% of flights and 19% of seats in December. In terms of ASKs, the figures drops to 8%, reflecting South Korea’s close proximity to several of mainland China’s major cities.

Korean Air is slightly less exposed to the China market than its full-service rival. Cirium data shows 15% of its flights and seats were deployed on services to the mainland in December. In terms of ASKs, the figure was just 5%.

Asiana and Korean Air lead in the region in terms of total flights to and from the mainland, however, operating nearly 1,800 each in December.

Japanese carrier ANA offered nearly 1,500 flights to the mainland in December, but they only accounted for 4% of those in its whole network.

From Africa, meanwhile, 13% of Ethiopian Airlines’ ASKs were on mainland China services in December, Cirium data shows, reflecting the operator’s strong focus on increasing such connectivity in recent years. They only account for 2% of its flights and 5% of its seats, however.

Egyptair similarly deployed a significant proportion of its capacity in ASKs to mainland China in December, at 11%.

Middle Eastern operators Emirates, Etihad and Qatar Airways are in the low single digits for all three measures. Emirates operated the most flights in December, at 310, versus Etihad’s 214 and Qatar Airways’ 273.

Among North American carriers, mainland China services barely registered in their huge networks in terms of flights and seats in December. In ASK terms, such services are more significant, accounting for 6% at Air Canada, 5% at United Airlines, 3% at Delta Air Lines and 2% at American Airlines.

At nearly 600 flights, United is significantly ahead of its peers by that measure.

In Europe, Russia’s NordStar Airlines saw mainland China services account for 28% of its ASKs in December, Cirium data shows, with flights at 11% and seats at 15%. Its base in northern Siberia means swathes of China are closer to its main hub than most of Europe.

Finnair’s Asia-Pacific-focused strategy, meanwhile, means some 9% of its ASKs were on mainland China services – but this equates to just 2% of flights and 3% of seats.

Among most other carriers in the region, mainland China services accounted for a small proportion of their overall flights and seats; the distance between Western Europe and China means ASK proportions were slightly higher.

Russia’s Aeroflot – whose network is based closer to mainland China – was the biggest operator in terms of total flights.