The collapse of Thomas Cook, XL Airways France and Aigle Azur in the space of a month marks a further reminder of the pressures faced by European carriers operating in the leisure market.

The collapse of Thomas Cook, XL Airways France and Aigle Azur in the space of a month marks a further reminder of the pressures faced by European carriers operating in the leisure market.

It marks a third consecutive year in which the end of the European summer has seen the collapse of a charter carrier, after the demise of Monarch Airlines and Primera Air in 2017 and 2018 respectively. Those winters went on to include the collapse of others in the sector, notably Air Berlin, its Niki subsidiary, Small Planet Airlines and Germania.

While legacy issues played a role in most of these airline collapses, a common thread is the competitive European leisure market providing little breathing space for restructuring. 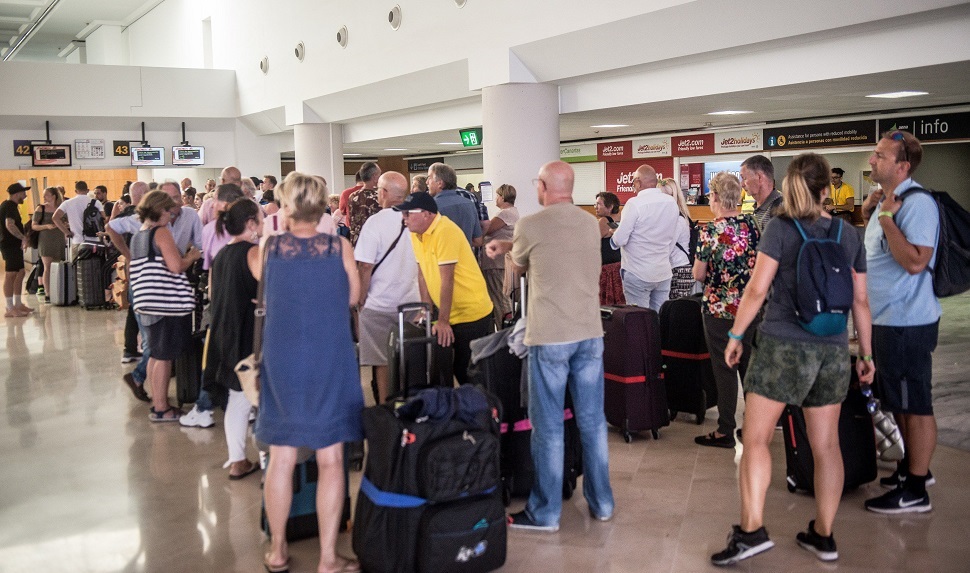 That is further illustrated by the September collapse of travel giant Thomas Cook Group – one of the most established names in the industry. Its demise prompted the UK to embark on its largest peacetime repatriation effort to return stranded customers, encompassing more than 750 flights.

The origins of the travel firm’s challenges arguably date back to merger moves more than a decade ago. But that it should collapse with memories of the UK’s previous biggest-ever peacetime repatriation effort – carried out two years ago to return Monarch customers – still fresh in the mind, illustrates the pressures on the sector.

Other operators in the European leisure sector have been swift to distance themselves from the problems that beset Thomas Cook.

European leisure firm TUI Group, for example, stresses that it has evolved away from being a traditional tour operator.

“TUI’s business model differs significantly from the other organisation’s and is proving currently to be very robust,” says TUI Deutschland’s head Marek Andryszak. He points out that the company has, over the past six years, strategically shifted to become an integrated holiday experience provider with its own hotels and cruise ships – with the traditional tour operator business accounting for only 30% of its activities.

“Package holidays are still the safest and most convenient way to travel,” he adds.

UK leisure carrier Jet2 on 11 October said it was experiencing an uplift in demand following the demise of Thomas Cook Group, and its parent is expecting higher full-year profits as a result.

Jet2 parent Dart Group states that its leisure travel division had already been observing “encouraging levels” of later-season bookings, with its package holiday and flight-only products “continuing to strengthen”. It adds that the collapse of Thomas Cook has generated “increased” customer demand.

WHAT NEXT FOR THOMAS COOK ASSETS?

At least one part of collapsed leisure firm Thomas Cook Group has secured new owners, as its UK retail operations have been acquired by Hays Travel, which claims to be the country’s largest independent travel agency.

Thomas Cook Airlines’ Scandinavian division swiftly resumed flights, restoring services a day after the collapse of the main UK tour operator. The Scandinavian arm, based in Copenhagen, had initially been forced to ground its fleet – about a dozen Airbus A330s and A321s – after Thomas Cook Group filed for insolvency.

But flights were restored on 24 September. The carrier operates on behalf of the Danish tour operator Spies, which states that it is “not part” of the Thomas Cook Group insolvency and is continuing as an independent company.

German leisure carrier Condor meanwhile has arranged a six-month bridging loan, amounting to €380 million ($418 million), to support the company through the winter season following the collapse of parent Thomas Cook Group. The loan was approved by European regulators on 14 October.

Condor is also moving to protect itself from future claims from its insolvent parent through a ‘shield’ procedure permissible under German law in certain circumstances for companies with good prospects.

Chief executive Ralf Teckentrup says the airline is “operationally healthy and profitable” and is set to post a “positive result” in the current financial year. But he says its liquidity was “used up” by its parent and the carrier needs the loan to help it through the winter.

“The [state guarantee] commitment is an important step in securing our future,” adds Teckentrup.

Last-ditch attempts to save XL Airways France failed, after a commercial court on 5 October declared the airline would be liquidated, ending a turbulent history for a carrier which had undergone multiple ownership changes over the past 15 years. All flights by the Paris-based carrier, which had previously been suspended until 7 October, have been permanently cancelled.

That came just days after a court ruling at the end of September to liquidate Aigle Azur. The airline had cancelled all flights on 7 September, having been put under creditor protection a few days earlier.

The airline operated mainly from Paris Orly to destinations primarily in Europe and Africa, using a fleet of Airbus A330s and A320s.

These failures, together with the collapse of Slovenian carrier Adria Airways, painted a bleak few weeks for European carriers. The Star Alliance airline ceased flights on 30 September after 58 years of operations.

It means that after some respite during the peak summer months, and despite the relative absence of major economic shocks, 2019 is set to be one of the toughest years for airline failures.

Thomas Cook Group, whose UK operator had a fleet of almost 50 aircraft at the time of collapse, Cirium fleets data shows, joins a number of other large airline failures that occurred during the early part of the year – notably India’s Jet Airways, Avianca Brazil and Wow Air. Efforts by investors to revive the latter have now been pushed back to December.