LATAM Airlines Group's decision to quit Oneworld marks a further twist in the chequered history for the global alliances in Brazil.

LATAM Airlines Group's decision to quit Oneworld marks a further twist in the chequered history for the global alliances in Brazil.

Latin America's biggest economy is an understandably attractive market for alliances, but few countries have proven quite so troublesome for securing a lasting long-term partner. This reflects not only the tough economic conditions Brazil has faced in recent years, but also outside factors including regulatory rulings and wider consolidation. 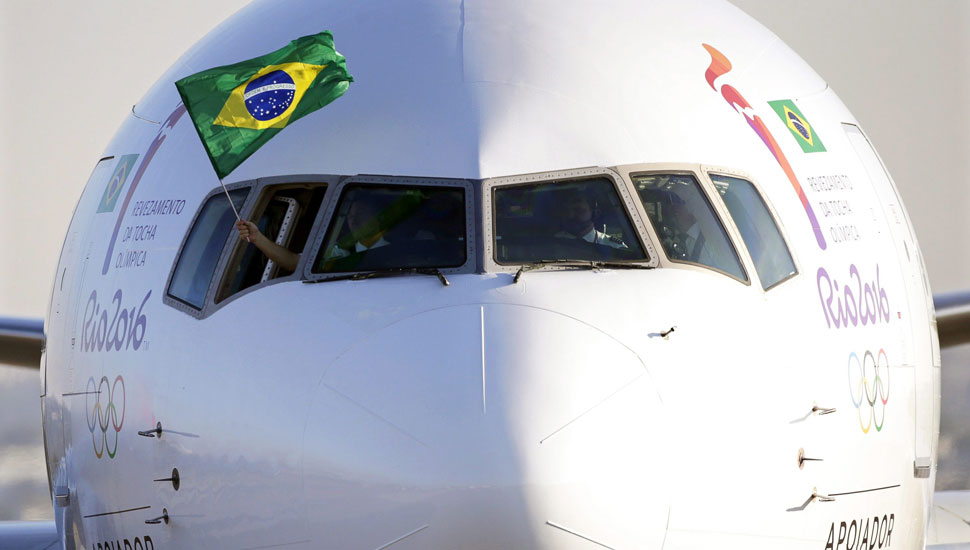 The importance of the country's market is reflected in the fact that Brazilian carriers have been involved in the global alliances from the outset. Varig was a founding member of oldest grouping Star Alliance in 1997. But the airline left the alliance in 2006 amid its growing financial challenges, shortly before it ultimately ceased operations.

Star Alliance later turned its attentions to a successor carrier in the form of TAM. The Brazilian carrier joined Star in 2010. But it left four years later after its merger with Chile's LAN, when the newly enlarged LATAM group opted to join Oneworld – the alliance in which LAN was already established.

That gave Oneworld its first Brazilian presence, until the recent notification from the Latin carrier that it now intends to leave the grouping following Delta Air Lines' move to take a 20% stake in the airline.

Not that Star Alliance had any more joy itself with its third Brazilian partner. Avianca Brasil joined Star in 2015, but left the alliance at the start of September amid formal bankruptcy proceedings and the withdrawal of its operating certificate.

The third major grouping, SkyTeam, has never had a formal partner in Brazil. But Gol has for the last decade had close links with several of its partners, most notably Delta. The US carrier took its stake in Gol to just over 9% in 2015, having initially invested in the airline in 2011.

But that relationship and investment appears to be at an end, in light of the LATAM move. "Delta has been terrific partner of Gol and we wish them well," the Brazilian carrier said in a statement on 27 September.

"The phase-out of this codeshare and investment in our non-voting shares is not expected to have a significant financial impact to Gol as the current relationship provided approximately 0.3% of Gol's total revenues," states the airline. "During the transition period, Gol will work with Delta to ensure a seamless experience for customers."

The shift in strategy at LATAM follows a Chile court ruling earlier this year that blocked its long-planned joint ventures with Oneworld members American Airlines and IAG respectively. American Airlines itself issued a statement saying it understands LATAM's decision to partner with a US carrier that is not burdened by "a recent negative ruling" by the Chilean Supreme Court.

It remains to be seen, however, whether LATAM will ultimately follow Delta into SkyTeam.

Delta's various airline investments are largely with other SkyTeam carriers. Aeromexico, Air France, China Eastern and Korean Air – and potentially Alitalia – are all existing SkyTeam members in which Delta has invested.

However, it also has a holding Virgin Atlantic – which is not in SkyTeam. It also has key joint ventures with non-SkyTeam carriers, such as its US-Canadian partnership with WestJet and with Virgin Australia.

In keeping with the approach of other groupings – for example IAG with its Aer Lingus investment – airline priorities seem increasingly focused on sealing joint-venture partnerships rather than necessarily on alliance membership.

The presence of another Oneworld member Qatar Airways – albeit one that has questioned its own future membership of the grouping – among LATAM’s existing shareholders makes it perhaps more likely that it may follow a policy of non-alignment.

That was the approach stated by China Southern when it quit SkyTeam at the turn of the year. Oneworld carriers Qatar and American both subsequently took minor stakes in the airline.

But if LATAM were to one day join SkyTeam it would create a further slice of Brazilian alliance history, making TAM/LATAM the first carrier to have been in all three global alliances.

The LATAM deal further completes Delta's investment strategy, which has seen it take holdings in a number of airlines.

"With the inclusion of an equity stake in LATAM, Delta now has significant ownership positions in every major international airline market," say analysts at Bernstein, in a research note published on 30 September.

"These equity stakes permit closer co-operation than has been achieved through alliance and codeshare programmes, and position Delta ahead of other major US airlines in terms of their ability to manage a seamless customer experience."

It adds: "This is not to say that equity stakes are the only – or most capital-efficient – way to develop this close integration, but we think it is significant that based on its domestic network strength, Delta is expanding its reach while United and American are focused on improving performance in their home markets around the globe."

Bernstein also notes the move is a blow to IAG's hopes of creating a joint venture with LATAM to South America.

"Furthermore, it demonstrates that airline alliances have likely passed their prime, and co-operation of the world's largest players will increasingly focus on bilateral tie-ups," it suggests.

All three alliances will have lost players this year, variously Avianca Brasil, China Southern and LATAM – though Oneworld does have Royal Air Maroc lined up to join next year. It will be the first the first full member to join any of the alliances since 2015.

Meanwhile, in the key Brazilian market it remains to be seen what deeper partnerships may emerge.

Azul already has tight links to Star Alliance. Its owner David Neeleman holds a stake in Star carrier TAP Portugal, while United Airlines holds an 8% stake in Azul. Star partners may move to tighten those links following the collapse of Avianca Brasil.

Star already has partnerships with Copa in Panama and Colombian carrier Avianca, while SkyTeam has Latin partners in the region with Aeromexico and Aerolineas Argentinas.

The departure of LATAM, however, will leave Oneworld with no active full member in Latin America. LAN has been a member since 2000. That then may prompt Oneworld carriers to look towards Gol as a potential partner in Brazil.