The logic of IAG's swoop for Air Europa

IAG’s move to acquire Spanish leisure operator Air Europa for €1 billion ($1.1 billion) is billed as an attempt to bolster Madrid’s status as a major European hub.

IAG’s move to acquire Spanish leisure operator Air Europa for €1 billion ($1.1 billion) is billed as an attempt to bolster Madrid’s status as a major European hub.

SkyTeam carrier Air Europa certainly has the potential to deliver some inorganic growth to IAG’s existing low-cost operations from the Spanish capital – and the wider country. It is also consistent with previous acquisitions BMI and Vueling in strengthening its presence in its key home markets.

But the reasons behind the British Airways and Iberia parent’s strategy – and the potential consequences for the global alliances and the acquisitive mood elsewhere – likely go much deeper.

Crucially, IAG’s move to purchase the Globalia-owned carrier comes after its proposed joint venture with Oneworld stablemate LATAM Airlines Group all but collapsed. 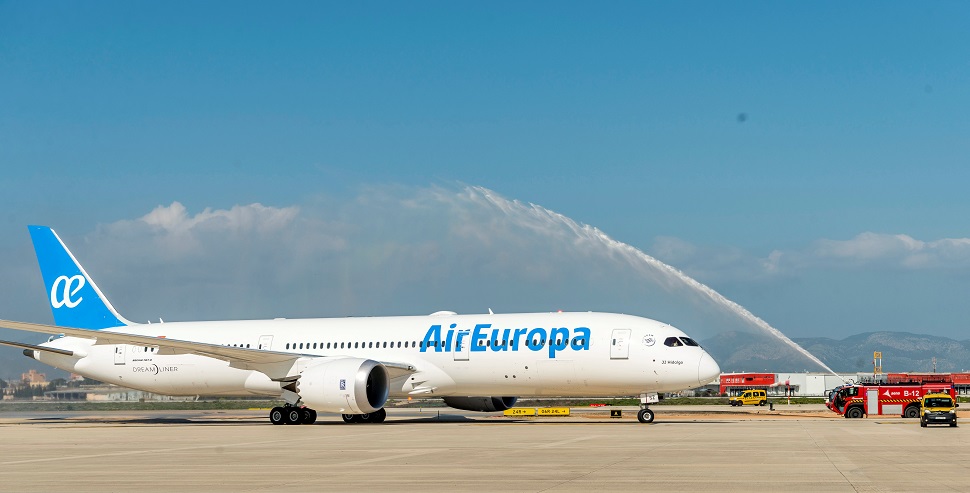 IAG had been seeking a commercial tie-up with pan-Latin American group LATAM, as was alliance partner American Airlines. Those developments hit the rocks earlier this year, however, when Chile’s Supreme Court rejected the joint ventures on competition grounds.

Amid a lack of clarity over the next steps for those Oneworld partners, LATAM announced a surprise tie-up with SkyTeam carrier Delta Air Lines in late September. At the same time, Delta took a 20% stake in LATAM, and the latter gave notice on its Oneworld membership.

With LATAM heading out of the Oneworld door, IAG was facing a lonely future plying key Latin American routes from Europe.

It was also mindful of LATAM Airlines services become a formidable feed for the soon-to-be-finalised transatlantic joint venture between Delta, Air France-KLM and Virgin Atlantic.

Air Europa is at least a partial answer to filling that unexpected hole in IAG’s connectivity.

From its bases in Madrid and Palma de Mallorca, Air Europa serves a number of domestic and European destinations, but its value to IAG comes from a raft of long-haul services dominated by Latin American destinations such as Bogota, Buenos Aires, Cancun, Lima, Montevideo, Panama City, Recife, Sao Paulo and Santa Cruz.

Like IAG, Air Europa is also a future customer for the 737 Max, with 20 of the aircraft on order, alongside outstanding commitments for another eight 787-9s.

Adding to the attractiveness of the Spanish operator, in May the Brazilian government announced that Air Europa was set to become the first foreign operator to fly domestically in the country under newly liberalised foreign ownership rules.

The importance of securing such connectivity is reflected in the fact that having also been shunned by LATAM, American Airlines is said to be in talks with Brazil’s biggest low-cost operator Gol about a tie-up.

Away from the connectivity benefits, Air Europa appears a safer bet financially for IAG than previous acquisition target Norwegian.

Globalia does not split out the results of Air Europa, but it reported an operating profit at group level of over €110 million for 2018.

The airline division accounted for 49% of group revenue for the year.

In terms of the wider impact, IAG’s purchase of Air Europa and the latter’s likely departure from SkyTeam looks like another blow to the strength of the global alliances.

It is notable that another IAG purchase – Irish operator Aer Lingus – continues to live outside the alliances, often citing membership as a relatively low priority.

That suggests IAG might not see a strategic imperative for Air Europa to join Oneworld.

Uncertainty about the importance of alliances to today’s major network carriers only seems to grow. Alongside LATAM’s decision to leave Oneworld, China Southern left SkyTeam at the end of last year, while the collapses of Adria and Avianca Brasil this year reduced Star Alliance’s membership slate by two carriers.

In this case, as recently as late 2018, fellow SkyTeam operator Air France-KLM appeared a more logical suitor for Air Europa, and the two were in talks over a joint venture.

Air France-KLM is likely to be comfortable with losing that opportunity now Delta has introduced LATAM into their friendship group.

The alliances are left hoping that the recent run of departures is just a blip.

But will IAG be allowed to take such a dominant position in the Spanish market?

Should the deal go through, IAG would own Spain’s largest airlines: Air Europa alongside Iberia (plus Iberia Express), Vueling and Level.

Even though Europe’s relatively liberal aviation market makes the notion of “national” carriers less important than in other regions, IAG would gain a stranglehold on services out of Madrid.

Cirium schedules data shows that IAG carriers are operating around 47% of seats and 40% of ASKs out of the Spanish capital in November.

With Air Europa added to its stable of operators, IAG would account for 64% of seats and 58% of ASKs.

“Likely there will be some remedies required,” say analysts Bernstein. “And IAG will follow due course and would expect to be able to convince authorities of the benefits of the deal.”

Ryanair – which accounts for 10% of seats from Madrid in November – has already suggested during an earnings call that it expects IAG and Air Europa would be required to divest some short-haul and domestic routes in order for the tie-up to be approved.

Elsewhere, with IAG’s move to buy Air Europa coming so soon after Delta’s acquisition of a stake in LATAM, speculation will mount that other big players might be prompted into investment activity.

An obvious candidate would be Star Alliance giant Lufthansa, which might want to ramp up efforts to acquire a stake in ailing Alitalia amid the strengthening of rival Europe-Americas groupings.

Reports in recent days suggest it could be doing just that.