Why Air France-KLM is keen to reiterate its strategy

Air France-KLM’s presentation of its five-year plan on 5 November contained few, if any, surprises.

Air France-KLM’s presentation of its five-year plan on 5 November contained few, if any, surprises.

That is partly because the European airline group’s problems have been played out so publicly that the remedies were unlikely to be a shock, but also because many sections of the strategy had been widely trailed.

Indeed, for group chief executive Ben Smith, the investor presentation was about demonstrating that during his first year in the role, the foundations have been laid for the business to make the required changes that could bring about “sustained profitability”. Crucially, it was also about delivering a concise summary of what has been done and what lies ahead for key stakeholders such as unions, who could make or break the plans. 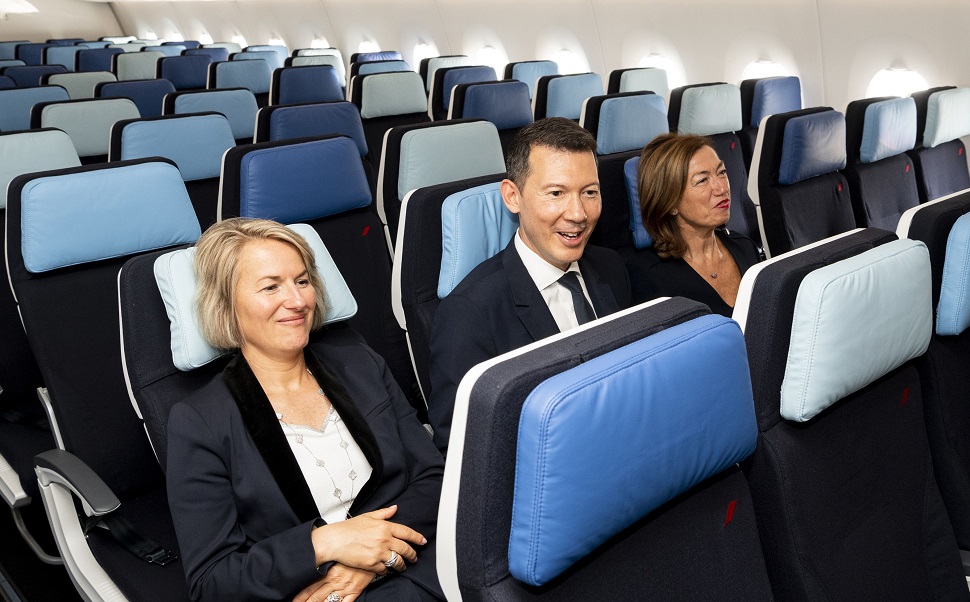 “Thanks to the dedication of our employees at Air France, KLM and Transavia, since the end of 2018 we have been able to establish the fundamentals of our go forward plan: simplifying our fleet, clarifying our brand and market positioning, and unlocking significant commercial and operational flexibility thanks to new labour agreements,” Smith states. “This is the starting point of a strategy that will allow Air France-KLM to reinvent itself, creating value for all key stakeholders.”

Some of the goals outlined in the presentation, such as a desire to “simplify each airline’s internal processes” and to implement “additional group synergies”, have existed, mostly unfulfilled, since Air France-KLM was formed.

Among other targets, the topic of “simplification” had been discussed at previous quarterly results briefings and elsewhere since Smith took the reins. Announcements had recently been made, for example, about rejigging the allocation of aircraft types within the group to reduce complexity within each unit, including the decision that Air France would be taking Airbus A350-900s previously allocated to KLM. The death knell had also already been sounded for the French unit’s A380 fleet.

Low-cost unit Transavia’s expansion had meanwhile been made possible by a pilot union vote in July that lifts the cap on the number of services the low-cost unit can operate, while the renaming of Hop and the dropping of Joon earlier this year had signalled a consolidation of branding across the group.

On environmental targets, KLM had already established the group’s credentials with its “Fly Responsibly” campaign.

Other priorities mentioned in the presentation – including network optimisation, better utilisation of data, personalised offerings for passengers, increasing the profitability of support units such as cargo and MRO, and the pragmatic evaluation of “consolidation activities” – are on the to-do list of most airline management teams.

But for Air France-KLM executives facing a unique set of well-rehearsed challenges that have stumped previous incumbents, the reiteration of strategy to key stakeholders can probably never happen enough. The more they hear about the strategy and its importance, the less likely they are to spring any nasty surprises.

Whatever Smith’s ambitions, he knows that any one of a number of factors – including often-intransigent unions, political wrangling over group governance, unbalanced contributions from individual units to overall profitability, and a high cost environment amid competitive moves from budget operators – could stymie his plans, or even deliver a fatal blow to them.

Smith’s appointment in August 2018 was all about bringing a fresh approach at Air France-KLM, the Canadian being the first non-French national to lead the business. His appointment of Anne Rigail as chief executive of Air France – a rare female airline leader – also gave the impression that this was not business as usual for the group.

Alongside progress made on various points so far, his breakthrough with French pilot unions earlier this year, which allows a reconfiguration of Air France’s long-haul fleet, stands out as important.

But the mixed market reaction to the five-year presentation – Air France-KLM’s share priced dipped on 5 November and analysts reacted cautiously to the strategy – reflects a reality where Smith still needs to prove he can deliver where many have failed, and implement a true group-wide approach that can endure into the long term and deliver that sustained profitability.

As he attempts to implement key changes, Smith’s success or otherwise will continue to be at least partly measured based on short-term financials. Reassuring investors and stakeholders on that count alone may prove difficult, amid a volatile fuel environment and slowing global economy. The dip in profit seen in the group’s recent third-quarter announcement reflects the potentially bumpy road ahead.

Beyond that, if sustained profitability is achieved or is at least on the horizon, Smith might then face calls from unions for employees to be appropriately compensated.

For now, he would likely consider that a nice problem to have.