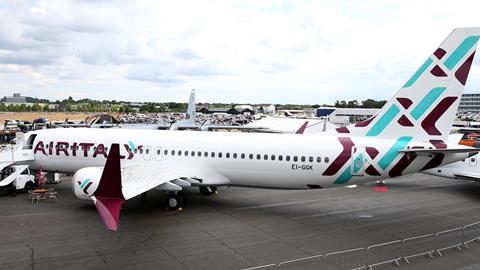 Qatar Airways’ signing of a letter of intent (LoI) for up to 50 Boeing 737 Max 10 jets on 31 January does not mark the first time the Middle Eastern carrier has looked to Seattle for narrowbodies amid tensions with Airbus.

Indeed, the agreement – which came after Airbus’s January cancellation of the Doha carrier’s order for 50 A321neo jets – is the latest twist in a saga that can be traced back to an A320neo order placed by Qatar Airways at the 2011 Dubai air show.

Four years later, in late 2015, issues relating to the A320neo’s Pratt & Whitney PW1100G engine promoted Qatar Airways to decline delivery of its first of 50 jets from that order. It eventually decided against taking any A320neos, swapping the order for 50 of the larger A321neo variant in 2017 and later choosing CFM International Leap-1A engines to power the aircraft.

“The Neos are having problems,” Al Baker said at the time. “The airlines that have received them are not getting the quantities that they require because of the ongoing issues with that aircraft. For us, to mitigate that risk, we have no alternative but to order the reliable 737 family of aircraft.”

Al Baker then disclosed at the Paris air show in 2017 that Qatar Airways had firmed 20 of the 737 Max 8s from the agreement, while retaining 40 options.

“We will take three or four from June next year,” he said. “The first Maxes will be delivered in small numbers and will replace older A320s that are going out of service from our mainline fleet.”

The first five – and only – Qatar Airways 737 Max 8 jets were, however, immediately sub-leased to the relaunched Air Italy – the Oneworld carrier having taken a 49% stake in the renamed Meridiana in 2017. The first example was delivered to the Italian carrier in May 2018 and two more saw service before the global Max fleet was grounded in March 2019 following the crash of an Ethiopian Airlines aircraft. 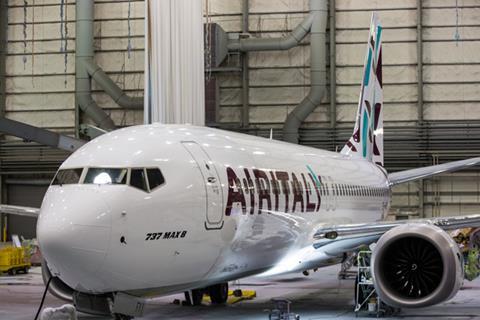 Air Italy then collapsed on the eve of the global pandemic in early 2020, before Max services could resume.

In June 2020, with the whole airline industry in disarray during the early months of the Covid-19 crisis, Al Baker said Qatar Airways had informed Boeing that it would “not require any more 737 Max jets”.

Al Baker told the UK’s Sky News that the Max aircraft had been intended for “a particular airline in which we had invested” but from which it had since withdrawn, without naming Air Italy. That marked a change from his 2017 suggestion that some of the Max jets were intended for Qatar Airways’ own fleet.

Cirium data shows that of the five Max jets delivered to Qatar Airways, the three that entered commercial service with Air Italy are currently parked under the ownership of Pembroke Aircraft Leasing, while the remaining two – which were intended for Air Italy but did not leave storage – are back in Boeing ownership, having been registered with Qatar Airways’ leasing unit.

With the Max out of the picture, Qatar Airways was solely focused on Airbus for its narrowbody replenishment via its A321neo order – until relations with Toulouse went awry in early 2022 and the agreement was cancelled.

Today, after more than 10 years of back-and-forth between the airline and airframers, Air Italy’s livery marks the only outing for ‘Qatar maroon’ on the newest single-aisle types in commercial service. The Max 10 pact is the next attempt to bring that saga to an end.