As a flag carrier with an unassailable lead at a major hub, you probably don’t expect much sympathy when things go wrong.

But with that great power comes a level of scrutiny from the media and governments that would seem unimaginable in other industries.

Both offer recent examples of how airlines are particularly vulnerable to losing control of their public relations messaging – a sobering thought when scrutiny of airlines is only likely to grow as sustainability moves up the agenda.

In the case of BA, a series of pilot strikes is threatening to turn its centenary year into 12 months it would rather forget. 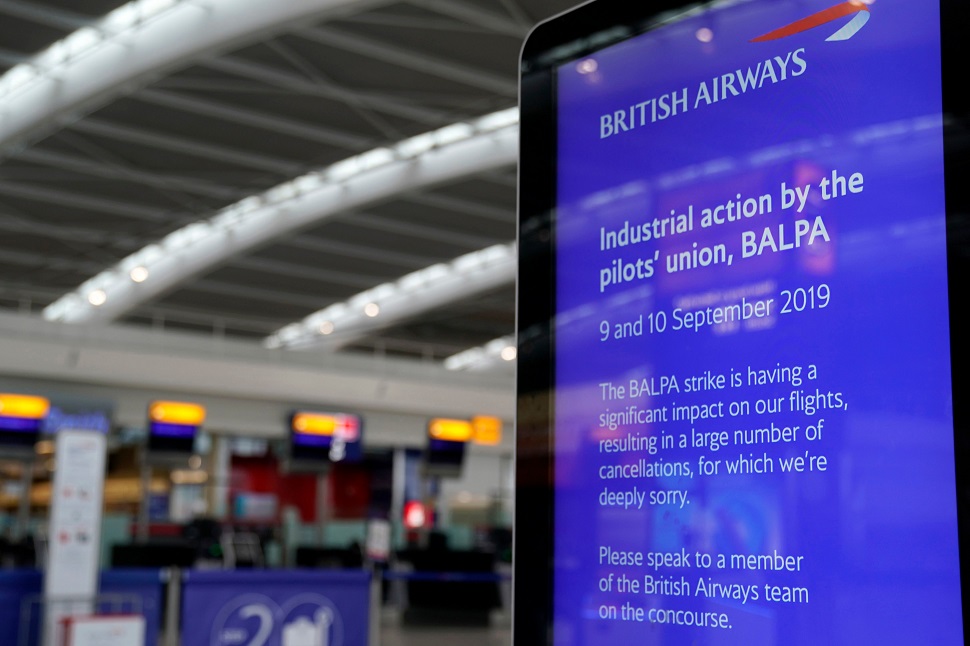 But that only served as a warm-up for its woes going into September, as a series of strikes by pilots began on 9-10 September. BA cancelled the vast majority of its flying on those two days and warned of continued disruption as crew and aircraft were repositioned.

Flight disruption makes for a great news story, and today that is backed up by myriad tales of passengers’ woes on social media.

Granted, the Oneworld carrier maybe did not help its own cause. On 23 August – just as BALPA was confirming the series of pilot strikes – BA was marking its “centenary birthday weekend” with the release of a 500-word press release quoted chief executive Alex Cruz as saying: “We have had a fabulous year so far marking our centenary and thanking our customers for making us the airline we are today – we wouldn’t be here without their pioneering spirits and sense of adventure.”

That sense of adventure was presumably useful as customers struggled to contact BA’s overwhelmed call centres.

But reading media coverage you would be forgiven for concluding that BA was in the grips of a potentially fatal crisis, rather than being the lynchpin of an airline group that stands out among its peers for seeing an improved operating profit in the most recent quarter.

Cathay Pacific’s challenges have perhaps been more significant to the business’s long-term strategy, but they offer a similar example of how an airline can quickly lose control of its messaging.

The Hong Kong carrier’s story in 2019 was shaping up to be a good one.

Chief executive Rupert Hogg was leading the airline through a transformation that was improving its fortunes.

But as the Chinese and Hong Kong governments were fretting over the protests in Hong Kong, the territory’s flag carrier moved into their sights.

Almost overnight, Cathay went from neutral bystander to the target of heavy criticism from mainland media that it was not doing enough to prevent its employees from taking part in protests.

Oil was poured on to this criticism by demands from the Civil Aviation Administration of China that Cathay take action to address a range of “serious risks to aviation safety” it had identified.

The hullabaloo eventually did for Hogg and chief customer and commercial officer Paul Loo. Chairman John Slosar then announced his retirement in early September.

Cathay itself suddenly looks like an airline with a fundamentally different relationship with the mainland.

Could either airline have handled their respective situations better? Certainly, BA will have some regrets about the timing of its press releases.

But the more fundamental, and timely, reminder here is that the media and governments are often quick to shine a spotlight on airlines.

In the era of social media, that scrutiny is only intensified.

With aviation’s impact on the environment firmly established as a huge challenge, carriers must be acutely aware of a need for robust messaging backed by genuine action. Otherwise, recent examples suggest airlines could all too easily become the “bad guys” in future debates.