For airlines, a focus on 'getting back to 2019 ' ignores reality

There are few more commonly asked questions in the airline industry today than “when will we be back to 2019 levels of demand and revenue?”

As with many coronavirus crisis-related discussions – involving airlines or otherwise – it is tempting to focus on getting back to how things were, even at the cost of considering that some changes might be for the better.

For airlines, estimates of when that return to “normality” will be achieved average around the 2024 mark.

The simplicity of this answer often encourages a rather simplistic take on the industry’s predicament.

“Get through this tricky patch, then it’s back to a growth trajectory from next year onwards.”

But the concept of a return to 2019 levels is really a rather moot one for most operators.

That the industry will be smaller for years to come is already baked into proceedings, as chunks of fleets are retired and tens of thousands of employees let go.

The next few years are not about a journey back to the pre-Covid world; they are about the industry finding a new footing, then establishing a sustainable growth path in a post-pandemic environment.

“Anybody who believes that this is just a temporary crisis and can be resolved through temporary measures is misguided,” said departing IAG chief executive Willie Walsh in early August, while noting that securing enough liquidity is only one part of a viable survival strategy. 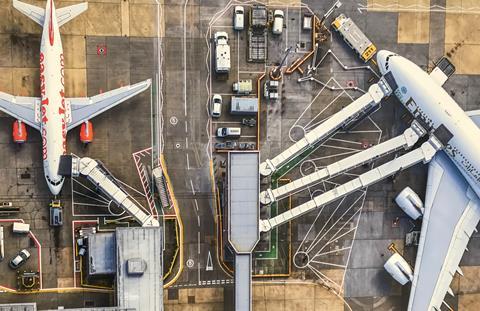 There are structural changes under way, which will affect all airlines – and some more than others.

Walsh was perhaps most conscious of a fundamental shift in corporate markets, causing a decline in business travel – an area critical to network carriers with their premium seating-heavy widebody jets.

Other markets – notably the long-haul leisure sector – are also facing a tougher recovery path, raising the prospect that the current generation of passengers becomes more accustomed to shorter-haul trips as different traveller habits are formed.

At the same time, airlines are facing the next few years much more heavily indebted than they could have ever imagined. For that reason, and others, only the most reckless operators are likely to emerge from this crisis without a new-found focus on building liquidity.

For many airlines, a return of governments having a bigger say over strategy is also an inevitable – and arguably regressive – step following various state bailouts across the sector.

All the while, sustainability is starting to become baked into every strategic decision for some carriers – with several bailouts in Europe contingent on environmental targets being met.

Another structural change is the simple fact that airlines are adjusting to being smaller operations.

That said, accelerated industry consolidation is likely to become a consequence of current woes at some point.

A shift in power might also be under way, with those airlines fortunate enough to have a large domestic market to serve likely to emerge from the crisis in a much stronger position than those with a heavy reliance on open international borders.

Customers’ expectations are also likely to change, as they demand more health measures – even once the virus is under control.

Ultimately, these factors and more mean that when the industry does return to those heady days of 2019 demand and revenue, success is likely to be measured on different terms than those imagined just months ago.

And, although the coronavirus crisis has been horrific for the industry, it is important to note that structural changes are not always for the worse.

Rather than “when will we back to 2019 levels?”, a more meaningful question is therefore: “What will the industry look like when we get there?”