Air Mauritius is set to take delivery of its first Airbus A350-900 in the fourth quarter of this year, as the jet undergoes final assembly in Toulouse.

Airbus has detailed progress on the aircraft which has been fitted with wing-tips painted in the carrier's signature red scheme.

Wings and fuselage have been mated, and the tail cone and empennage fitted, the airframer adds. 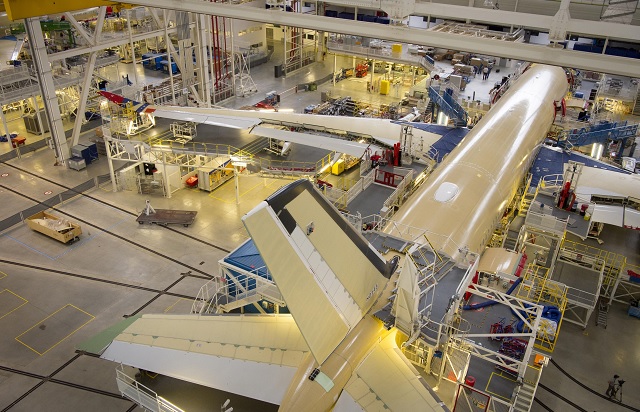 Subsequently it will transfer to the mechanical and electrical testing stage, before undergoing cabin completion and installation of its Rolls-Royce Trent XWB engines.

Air Mauritius is taking four A350s from the manufacturer and another pair from lessor AerCap. It will use the type on services including its Paris route.