The unique circumstances around the Frontier Airlines-Spirit Airlines merger mean it is debatable whether it has anything to say about prospects for wider consolidation in the global airline industry.

For starters, it is a deal almost 10 years in the making, Indigo Partners having sold its stake in Spirit before purchasing Frontier in 2013. At the time, reports suggested Indigo managing partner William Franke was keen on Spirit purchasing Frontier, but the former’s board did not share his vision.

Rumours of an ultra-low-cost unification then persisted for years – notably when there was a change in the leadership team at either carrier, as our analysis from 2016 demonstrates.

That said, Franke was more than aware of the opportunities likely to be created by the Covid-19 crisis, noting on 6 March 2020 that the downturn in stock prices amid the pandemic potentially offered a silver lining for prospective airline investors or for carriers mulling consolidation.

But his comments perhaps say most about Indigo’s specific role in the industry as a multi-airline investor with an eye on disrupting markets.

Furthermore, despite local US analysts citing the need for ULCC consolidation in the country’s markets – particularly with a problematic pilot shortage playing out – such suggestions are likely to raise a wry smile among outsiders, given how doggedly fragmented the airline business is elsewhere by comparison.

And it is also important to note that as domestic-focused US carriers, both Frontier and Spirit have been operating in a market that has been spared the worst impacts of the pandemic, leaving room for considerations beyond business survival.

Ultimately, therefore, consolidation in an already consolidated market like that in the USA is hardly reason to suspect the imminent emergence of a wider trend.

There have been hints of potential deals elsewhere – notably in Europe involving Lufthansa and ITA Airways, and EasyJet and Wizz Air – but as IATA director general Willie Walsh told us in October last year: “Given that balance sheets are weak, it’s going to be a brave move by an airline to enter into traditional acquisitions, particularly if there is cash involved.

“I think there’ll be a cautious approach, certainly in the next two, three, maybe four years, as people focus on helping themselves with their balance sheets.” 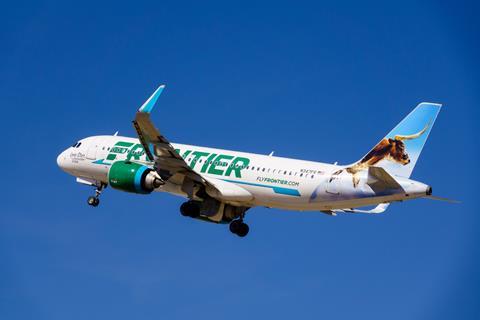