Korean Air is showing off some new K-pop moves in its new safety video and wants its customers to sit up and pay attention.

Korean Air is showing off some new K-pop moves in its new safety video, as the family-owned carrier – which has experienced some turbulence in recent years – seeks to reboot its relationship with customers via their eyeballs as a route to their hearts and possibly their wallets.

For nearly 15 years, Korean’s safety messages have been delivered using the homely portrayal of a family on holiday, as well as smartly dressed executives.

Starting this month, the information is being conveyed as a music video that features a futuristic space-themed routine by K-pop boyband SuperM. 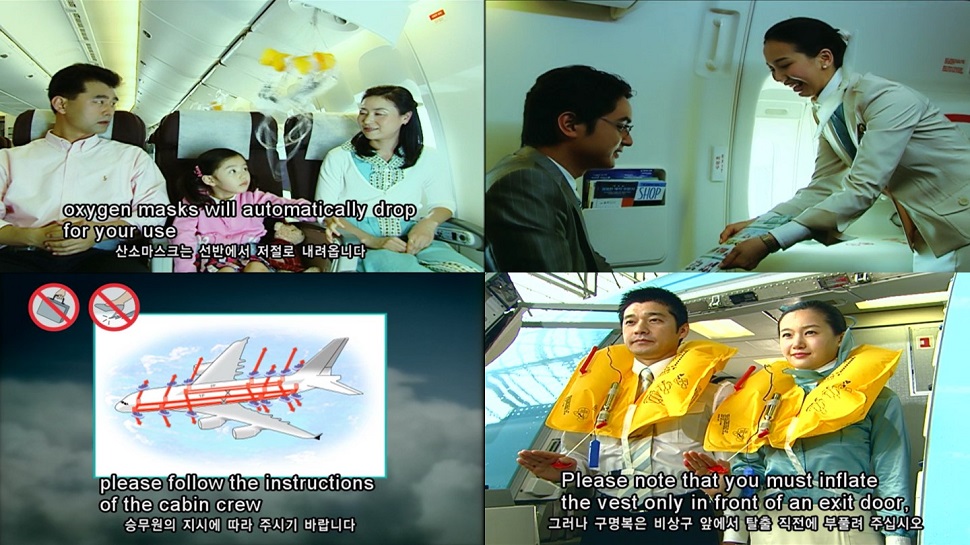 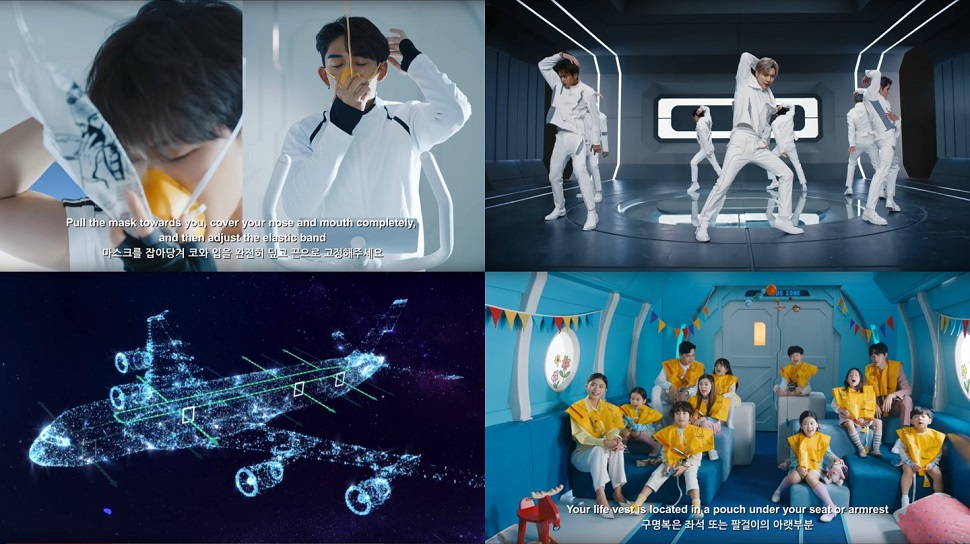 Three aspects shine through: sleek production quality, association with celebrities, and promotion of the carrier’s home base.

There are precedents. Back in 2013, compatriot Asiana Airlines signed on to be the official airline of South Korea’s YG Entertainment. The gold standard for safety videos meanwhile belongs to Air New Zealand: its in-flight messages have gone viral thanks to a liberal dose of humour combined with celebrities, pop culture and current affairs. Singapore Airlines makes an unabashed attempt to pique the viewer’s curiosity about the city state by showing its Singapore Girl at several iconic locations.

With the usual K-pop elements, Korean Air’s new video is a bid to connect with a younger demographic, in line with changes it has observed in its customer base.

While its old slogan, “Excellence in Flight”, sought to highlight product quality, it did not help portray Korean Air as an international airline, the carrier said at a media roundtable held in Seoul last month.

“Let’s Go Everywhere”, a collaboration with South Korea’s largest entertainment company SM Entertainment, does double duty as the airline’s theme song and catchphrase, while promoting South Korea as a multifaceted destination. The use of SuperM, a supergroup which combines seven members from four of SM Entertainment’s popular acts, meanwhile serves to highlight the country’s most prominent cultural export, K-pop.

These are challenging times for all airlines, given air travel’s evolution from luxury to a mainstream product and the intense competition that has rendered margins razor-thin.

Air travel is looking increasingly like a fast-moving consumer good, where differentiation is key.

For example, passengers once considered in-flight wi-fi connectivity an extravagance, but it is becoming a basic requirement of an increasingly plugged-in world. Korean Air plans to offer the service in newly delivered aircraft, which according to Cirium fleet data will include 30 Airbus A321neos, 20 Boeing 787-10s and 10 787-9s, as well as 30 737 Max jets.

Where the airline stole a march was by supplying in-flight meals from its Jedong Farm on Jeju Island, which it started to do long before the farm-to-flight trend took off. While most other carriers tend to work with local suppliers, Jedong is the result of a commitment by Korean Air founder Choong-Hoon Cho to develop Jeju after purchasing the barren land in 1972.

Behind the scenes, though, running an airline remains a capital-intensive business and requires a sound, technical knowledge of physical assets.

The carrier concedes that the level of variety adds to maintenance costs, but also notes that it allows flexibility to react quickly to changes in market demand.

Furthermore, Korean prides on having a standalone, competitive aerospace division. Not only does it undertake most of the heavy maintenance for the affiliated Jin Air, it also provides third-party MRO services. 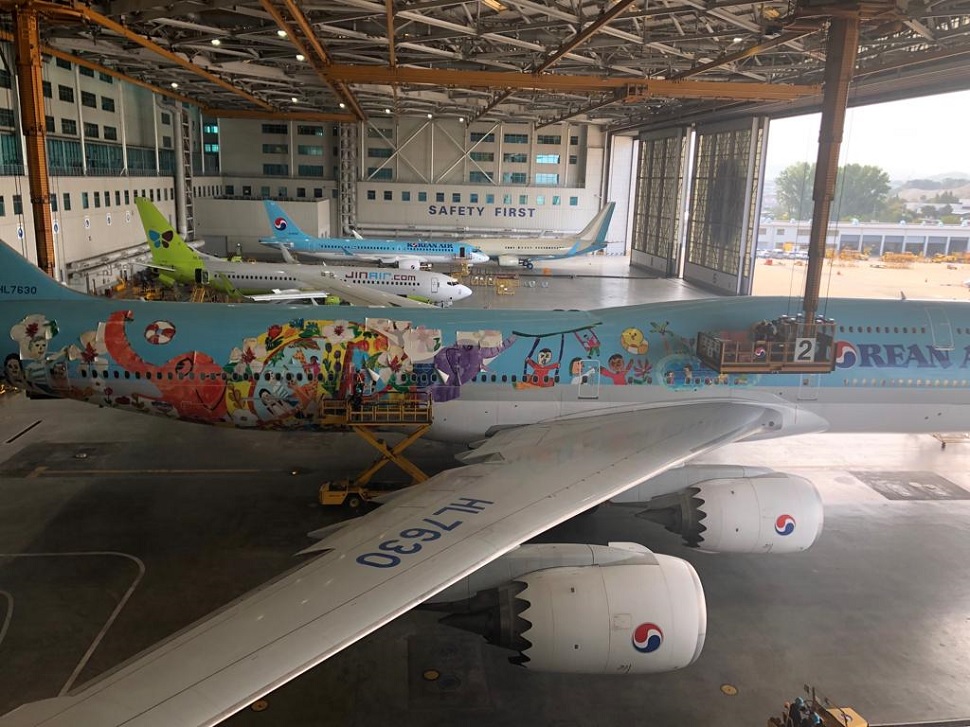 Where networks are concerned, Korean has reiterated its intent to pursue the low-cost segment.

To compete effectively, it plans to upgrade its fleet with new orders for aircraft which will arrive from 2020 onwards.

Thereafter, Korean presently has no plans to take more widebodies.

Looking ahead, Southeast Asia is an increasingly important market and Korean has observed 15% growth every year in the past three years. However, budget carriers in the region are extremely competitive and have a stronger foothold, while Korean and its compatriots are limited by the availability of air traffic rights.

Meanwhile, China remains a key focus for the airline, while its other target segments are south Europe and the Mediterranean.

On the downside, several routes to Japan have been cancelled amid an ongoing trade row between that country and South Korea.

Korean Air has also been hit by the ongoing grounding of the 737 Max, of which 13 of 30 on order were initially scheduled for 2020 delivery, Cirium fleets data shows.

The delays have stalled Korean’s fleet rejuvenation plans, which involved transferring some aircraft to affiliate Jin Air. Until the Max is in the clear, these plans have been shelved indefinitely.

Korean Air isn’t, however, letting these issues stall its plans for change.

The new take on its safety video is something of a quantum leap and represents just one of several changes reverberating through the organisation.

Korean recently implemented a business/casual dress code to encourage the flow of ideas, and hosted its first family day for employees, both rare moves in the local work culture.

Where customers are concerned, the new look may not be for everyone but there is no denying it has set social media ablaze with gushing comments from K-pop fans. 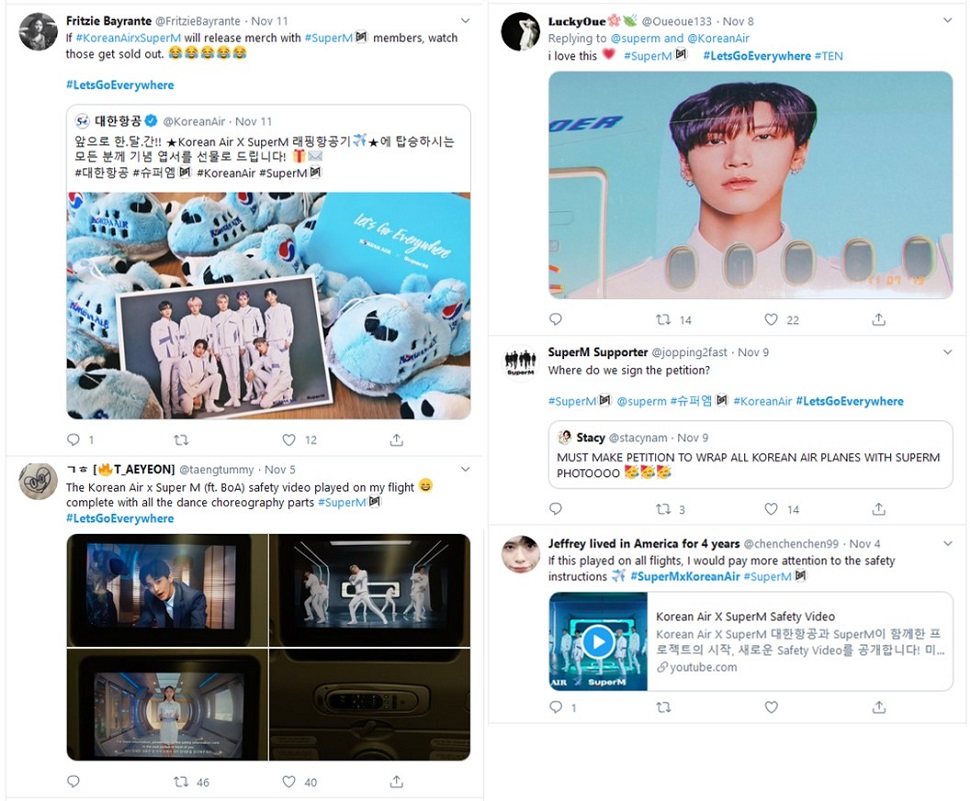 The video isn’t really about safety but people love it anyway, according to responses on Twitter. Moving to a new beat could help Korean to reinvent itself and resolve existing challenges.

This repositioning could also give Korean some attention, which after all is the hard currency of the social-media age.