Central to the International Court of Justice ruling that the ICAO Council can hear Qatar’s complaint over a long-running airspace blockade was the decision as to whether ICAO should be prohibited from considering issues outside of its aviation sphere.

Qatar had sought to bring proceedings before the ICAO Council over the June 2017 blockade, but four states – Egypt, Bahrain, Saudi Arabia and the United Arab Emirates – objected, believing that the Council did not have jurisdiction to consider the situation under the Chicago Convention’s dispute-resolution process.

These four states argued that the “real issue” in the dispute with Qatar involved matters “extending beyond the scope” of the Convention, but the Council rejected this initial argument – prompting an appeal from the four states to the International Court of Justice.

Two of the three grounds for the appeal focused on procedural and due-process issues, but the other concentrated on the crucial issue of whether the Council could rule on questions – notably the lawfulness of the blockade – that fell outside of its remit.

The case has echoes of a similar situation when Indian authorities suspended overflights by Pakistani civil aircraft in February 1971, after an incident involving diversion of an Indian Airlines Fokker F27 to Pakistan during a hijacking. The aircraft was subsequently destroyed at Lahore.

Pakistan had protested the ban to the ICAO Council but India raised objections over the Council’s jurisdiction on the matter. The International Court of Justice decided that the ICAO Council was competent to deal with Pakistan’s complaint.

For the Qatar case the court referred back to the India-Pakistan judgement, and ruled that the blockade dispute does concern the interpretation and application of the Chicago Convention.

“The mere fact that this disagreement [between Qatar and the four states] has arisen in a broader context does not deprive the ICAO Council of its jurisdiction,” says the court.

It points out that legal tussles between countries “by their very nature” are “likely to occur in political contexts” and often form “only one element in a wider and long-standing political dispute”.

The four states imposed their airspace blockade on Qatari aircraft, and other sanctions, after accusing Qatari authorities of undermining their national security through support for hostile organisations.

But the court says that, just because the four states characterise their airspace restrictions as lawful countermeasures, that does not nullify the ICAO Council’s jurisdiction to hear Qatar’s claims – a point which was also made during the India-Pakistan case. 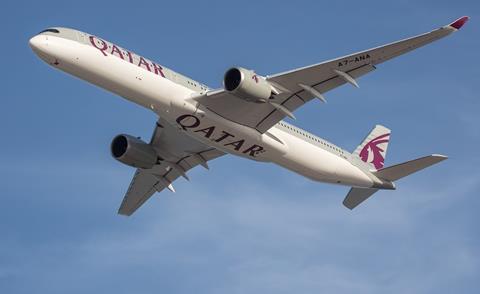 The four states had used a similar jurisdictional reasoning to argue that Qatar’s complaint to the ICAO Council should be ruled inadmissible, because it would necessarily require the Council to adjudicate on matters over which it does not have jurisdiction – and this would be “incompatible” with “judicial propriety”.

Qatar described this tactic as an “obvious repurposing” of the four states’ original jurisdictional objection.

The court states that applying the concept of “judicial propriety” to the ICAO Council is “difficult”, given the nature of its composition. While it has a dispute-settlement function, this “does not transform” the Council into a proper judicial institution, says the court.

But it adds that the integrity of the Council’s dispute-settlement function “would not be affected” if the Council examined issues “outside matters of civil aviation” for the “exclusive purpose” of deciding a dispute which falls within its jurisdiction under the Chicago Convention.

As a result of these considerations, the court says, the ICAO Council “did not err” when it rejected the four states’ protests over jurisdiction.

Qatar has requested that the Council determines that Egypt, Saudi Arabia, Bahrain and the UAE violated their obligations under the Chicago Convention by imposing the blockade, and urges the states to withdraw all their restrictions on Qatari-registered aircraft and negotiate regional co-operation.

The Gulf emirate’s flag-carrier, Qatar Airways, has been badly affected by the blockade.

It says it “welcomes” the judgement relating to the appeal, adding that it looks forward to the Qatari delegation’s returning to ICAO to press the Council to condemn the “illegal” blockade and take “appropriate actions” with respect to the four states involved.

Qatar Airways also says it will pursue a case for compensation over the “financial injuries” inflicted on the airline by the airspace restrictions which, it claims, have “devastated” a “carefully-planned” programme of investment in the region.