The first shipset of Engine Alliance GP7200 engines has been delivered to Toulouse, but Airbus has yet to tell the engine maker when it plans to use them to power the A380. 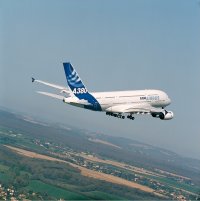 The first four flight-test engines were delivered to France aboard a chartered Antonov An-124 on 28 September, ahead of certification of the powerplant, which is nearing the completion of final tests. “We ought to have those wrapped up by mid-October, and then having done a full engine tear-down, we should be getting the official ticket from the US Federal Aviation Administration in November and certainly by the end of the year,” says Engine Alliance product marketing director Al Creque.

The first flight of the GP7200-powered A380, originally scheduled for October and latterly slipping to a target date of November, is now not expected until “sometime in the first half of 2006”, says Creque. “Airbus hasn’t given us a date when it will fly, although it is expected sometime in the first half and customer deliveries will run-out by the equivalent amount.” Airbus declines to comment.

First deliveries to launch customer Emirates are now provisionally expected in early 2007 –- sometime between February and April that year – rather than late 2006 as previously planned. The delay is in line with the six-month slip expected for the Rolls-Royce Trent 900-powered variant.

The first GP7200 shipset is now being prepared for podding trials and pre-assembly build-up in Toulouse before being fitted to the initial Alliance-powered A380, aircraft number MSN009.