Assets of South African regional carrier SA Express, including Bombardier CRJ200 jets, are being advertised online as part of an initial process to obtain expressions of interest, as the airline edges towards liquidation.

But an online auction platform, Go-Dove, is publicly seeking expressions of interest for several assets of the airline which, it states, are “immediately available for negotiation”.

The company overseeing the procedure says it has been mandated by SA Express’s joint provisional liquidators to manage an ‘expression of interest’ process, but states that no auction is taking place. 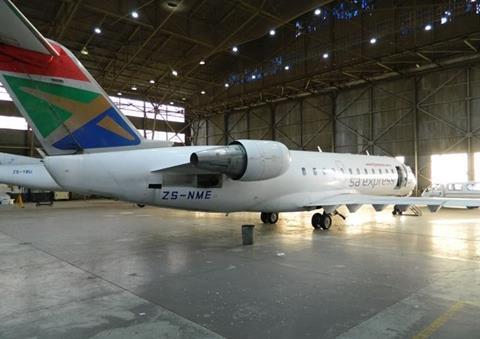 This SA Express CRJ200, ZS-NME, is among the assets featured on the site

The platform is inviting interest from parties for the sale of the business in its entirety, or specific assets, or investment offers from potential equity partners.

Along with the aircraft and engines it lists other intangible assets “required to operate [an] airline in southern Africa”, including operating and maintenance licences.