ANALYSIS: US airlines gear up for another strong year

From Worst to First was the title of former Continental Airlines chief executive Gordon Bethune’s book on how he turned around the ailing airline in the 1990s, fast forward more than a decade and it is an appropriate description for the US airline industry among their global peers.

US airlines were loss leaders for much of the noughties but have jumped to the head of the pack as the most profitable region globally. IATA’s latest estimates have North American carriers generating $13.2 billion in profits in 2015, up from about $11.9 billion this year.

“We expect there to be an improvement in all regions in 2015 because of lower oil prices," said Brian Pearce, chief economist at IATA, on industry profits. “I think the improvement [will be] concentrated in North America and the US in particular – partly because that's where we have seen the structural changes, but also because the US economy is really strong.”

Wall Street is seeing much of the same. Analyst reports from Deutsche Bank, JP Morgan, UBS and Raymond James all forecast profit improvements among US carriers next year driven largely by falling oil prices and buoyed by strong domestic fundamentals, including demand, capacity discipline and debt reduction.

“As the industry closes its books on a year which is expected to result in a record profit, we see 2015 shaping up to be an even stronger year,” says Michael Linenberg, an analyst at Deutsche Bank, in an 2015 outlook released on 14 December.

Falling oil prices are expected the have the largest impact on profitability. The decline is expected to generate an “annual industry profit benefit” of about $10 billion at US airlines in 2015, wrote JP Morgan analyst Jamie Baker earlier in December.

Delta anticipates a $1.7 billion net benefit from the decline in 2015, its president Ed Bastian said at an investor day earlier in December. This is after an estimated $1.5 billion fuel hedge loss.

This benefit comes as the Atlanta-based carrier expects pre-tax income to exceed $5 billion in 2015, well ahead of the roughly $4.5 billion it expects this year.

“You’re always better off using a higher fuel cost in the equation,” said Richard Anderson, chairman and chief executive of Delta, at the investor day. “It forces down non-fuel unit costs… Then when [fuel costs] come in lower, you can hang on to all of [the benefit].”

American Airlines will likely have the largest upside from oil’s decline due to its lack of a hedge book, while the benefit to other carriers, including Southwest Airlines and United Airlines, is likely to be less pronounced due to their respective hedge positions.

The spot price for a barrel of Brent crude – the measure of airline fuel costs Bastian recommends to investors – closed at $61.06 on 15 December, ICIS data shows. This is down about 47% from a peak of $115.19 in June, US Energy Information Agency (EIA) data shows.

Similarly, the spot price of jet fuel from the US Gulf coast has fallen 29% to nearly $2.30 in November from a peak this year of nearly $2.97 in February, according to the EIA.

Continued capacity discipline is also expected to benefit US carriers in 2015. Of the four largest airlines in the market, American Airlines, Delta and United Airlines all plan to increase available seat miles (ASMs) at or below US economic growth with only Southwest Airlines planning to grow faster at about 6%, which is driven by its recent expansion at Dallas Love Field and international growth, next year.

US economic growth is forecast at about 3% in 2015, estimates by both the International Monetary Fund (IMF) and Moody’s Investors Service show. “Disciplined” capacity growth is largely understood to be equal to or less than economic growth.

Higher capacity increases at carriers like Alaska Airlines, JetBlue Airways and Hawaiian Airlines is less of a concern due to their small sizes relative to the market.

“We’re still a little uneasy about domestic capacity creep that we expect to start seeing in spring 2015,” wrote Hunter Keay, an analyst at Wolfe Research, in a report earlier in December. Lower fuel prices decrease pressure to keep capacity in check, he adds.

US domestic capacity is scheduled to increase 3.2% in the first quarter of 5.1% in the second quarter, schedule data cited by Evercore in a recent report shows.

International pressures are expected to create “headwinds” – in the words of Delta’s Bastian – for US airlines in 2015. The continued weakness of the Japanese yen and a weakening Euro, coupled with competitive capacity pressures in certain markets, are expressed to depress international passenger unit revenues, say analysts.

The pressure is highest across the Pacific. Transpacific seats are scheduled to increase 7% in the first quarter and 5% in the second quarter compared to a year earlier, schedule data cited by Raymond James shows. China dominates these increases with seat capacity up 22% and 14%, respectively, compared to 2014.

US carriers are addressing these competitive increases in different ways. Delta plans to cut its Pacific capacity by 6% to 8%, largely from reducing aircraft gauge and cutting intra-Asia flying, while United is expanding the number of routes flown by lower-cost Boeing 787s in the market and increasing the variability of its schedules between low and high demand periods in 2015.

Despite the capacity concerns to China, United has announced additional frequencies to Chengdu and Shanghai Pudong during the peak summer 2015 travel period. The airline cites an increase in demand following the easing of visa restrictions for Chinese and US travellers that was announced in November.

Transatlantic capacity is not expected to be as much of a source of concern in 2015 as it was this year. Carriers have pulled back planned growth and schedules show only a 2% increase in seats in the first quarter and a roughly 6% increase in the second quarter compared to 2014, Raymond James data shows. This is down three percentage points and flat, respectively, compared to the same periods a year earlier.

All of the positives for US carriers are expected to outweigh the few potential pressures from less-disciplined domestic capacity increases and international concerns in 2015.

“In terms of non-fuel, fundamentals, we would suggest the outlook today is brighter,” writes JP Morgan’s Baker on the bank’s outlook for the US industry. 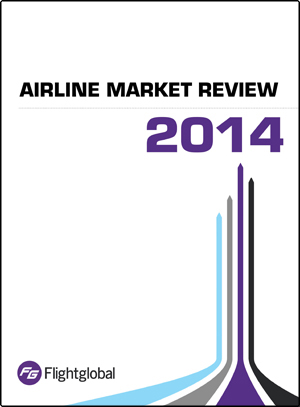