Aircraft recyclers are expecting a rise in retirements, after a decline in recent years as airlines held on to ageing equipment amid healthy traffic and low oil prices.

However, wider use of carbonfibre as a primary airframe material on new aircraft poses challenges in both disposing of and finding second-hand opportunities for the synthetic material.

Flight Fleets Analyzer shows that annual retirements declined from a peak of more than 700 in 2013 to about 500 three years later.

Meanwhile, the in-service fleet of aircraft that are at least 15 years old grew by more than 1,600 between 2013 and last year. The number of mature aircraft increased, especially in the 16-19 age bracket.

Delivery delays for the Airbus A320neo and, to a lesser degree, the Boeing 737 Max might have played a small role in keeping mature aircraft in service for longer, notes Flight Ascend Consultancy's head Rob Morris. But he says the main reasons that airlines kept older aircraft flying were strong demand and relatively low fuel prices during the period.

Now, the number of aircraft retirements is likely to rise. On the assumption that current traffic demand will not be sustained in coming years, Flight Fleets Forecast predicts that a total of 3,900 aircraft will be decommissioned in the five-year period 2018 through 2022, and that the number of annual retirements will average about 750 units in the first four of those years. 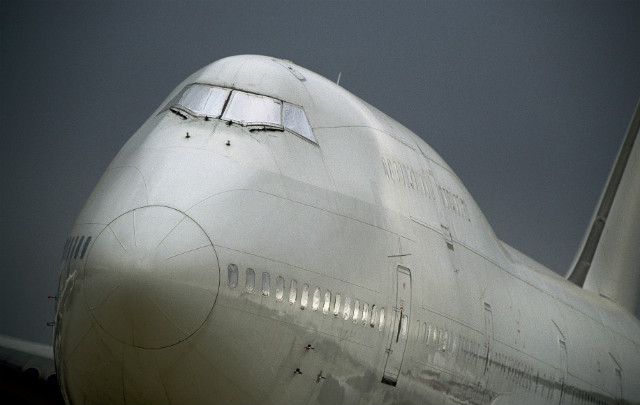 Retirements are driven by both new-aircraft supply and traffic. Manufacturers have made plans to ramp up production to deliver a total of 2,200 aircraft in 2020. How much of the new equipment will be used for fleet expansion and how much for replacement of older aircraft will depend on traffic demand closer to delivery time.

PARKED AND PARTED OUT

Tim Zemanovic, president of US recycling plant Jet Yard, is certain that, given the manufacturers' order backlog, there will be an uptick in retirements. "With all the new deliveries, planes are going to be parked and parted out. [This] should keep the business moving along quite well... over the next several years," he says.

Jet Yard typically dismantles 12-15 aircraft per year at its storage and disassembly facility in Marana, Arizona. Zemanovic confirms that business picked up in 2017 after being a "little slower" the previous year, and says 2018 "is starting off very busy for us".

Spare-parts demand is a factor in an owner's decisions on whether to dismantle an aircraft or keep it flying. Parts traders buy an aircraft to retrieve the engines, landing gear, auxiliary power units and components. "You may take off 1,500-2,000 parts of the airframe," says Zemanovic. He thinks prices for used parts are "excessively high" at the moment – especially for 737s and A320-family jets – and that a saturation point may be approaching. "I just have a feeling prices will come down when more inventory becomes available," he says.

Mark Gregory, managing director of UK dismantling specialist Air Salvage, echoes that view. "The aircraft we are [parting out] are not old aircraft to start with," he says. "The A319s and A320s... are between 15 and 20 years old. The money they [lessors] are getting back by the airframe being sold to parts companies is far more than what they are getting when they put the aircraft out there to lease." 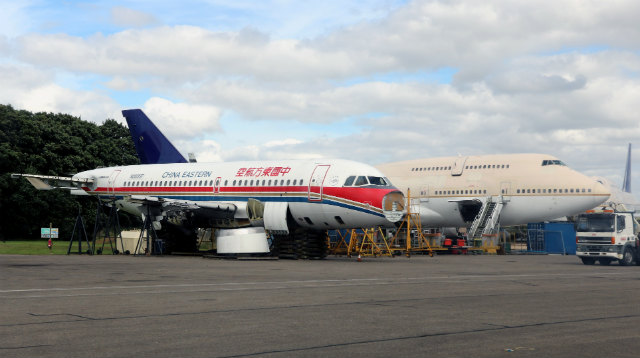 Air Salvage dismantles, on average, 50-60 aircraft per year. Despite the decline in retirements over recent years, Gregory says the Kemble, Gloucestershire-based company has grown its activity since 2013, from previously handling 40-50 aircraft annually. About 20% of today's volume is accounted for by 747s, while disassembly of Embraer E-Jets has just started and represents a "growing" market. Gregory notes, however, that the bulk of aircraft being parted out are A319s, A320s and 737s.

Gregory is among those foreseeing a retirement wave in coming years. But he warns: "It's got to be a managed wave." If "too many" aircraft are retired at once, "it's just going to flip the market" and devalue existing stock, he says. Lessors that previously considered withdrawing aircraft for disassembly might instead opt to keep the assets in service for longer.

Amy Bann, a member of Boeing Commercial Airplanes' environmental geopolitical strategy team, shows no concern that a rise in retirements could lead to a shortage of dismantling capacity. "I think there is plenty of capacity," she says. "It is actually a very healthy aftermarket. There is a lot of competition for the [decommissioned] aircraft."

However, Pierre Bonnichon – business development manager at French-based recycling specialist Tarmac Aerosave, which is part-owned by Airbus – is not so sure. At October 2017's Global Sustainable Aviation Summit – organised by IATA affiliate Air Transport Action Group, and held in Geneva – Bonnichon warned: "I think for storage purposes you will find space, but when it comes down to the decommissioning process and achieving the best recycling rates, there might be a shortfall at some stage."

Tearing down an aircraft typically takes 30-60 days, depending on its size and the volume of parts removed. Gregory says: "Parts traders are only interested in, say, 1,000 or so LRUs [line-replaceable units], the high-value stuff. The rest is junk to them."

Dismantlers will then extract valuable metals and cut off cockpits, door and cabin sections for use as training devices, before the rest of the fuselage is stripped and sent for recycling. However, Zemanovic stresses: "We are not always in a hurry to chop up the plane." He says that more often than in the past, Jet Yard parks aircraft for a "year or two" in order to "maximise the part harvesting" by cutting off individual airframe sections to serve as repair material or for engineering projects.

On a conventional metal aircraft, 85-90% of the material, by weight, can typically be recycled. Zemanovic says the goal is to reduce the remaining proportion – which now goes to landfill – to 5%. But he expects that increasing the current recycling rate will be a "long, slow process" – especially as more composites are being used on aircraft such as the 787, A350 and Bombardier CSeries.

Part of the challenge is that most in-service aircraft include a relatively small volume of carbonfibre – both Airbus and Boeing employ it for empennages, and 777s have carbonfibre floor beams – and no dedicated recycling sector has emerged to handle the material, explains Zemanovic. Another bugbear is that composite structures tend to be contaminated with attachments, such as metal fasteners and brackets. "There is not one big chunk of carbonfibre that is only carbonfibre," he says. "And for me to spend the time to cut the pieces off, it would cost so much money it is not worth it."

Cabin windows are an example of the disassemblers' predicament. Zemanovic considers the acrylic glass a "great material" but says that manually removing window fasteners to separate it would not be viable. "There is no money in it, so I don't do it," he says, noting that "landfill is cheap in the US".

Bann acknowledges that finding second-hand uses for composites is a challenge. Asked whether Boeing is confident that current recycling rates will be maintained on carbonfibre aircraft, Bann admits she would have been sceptical two years ago. But she says "recent technology breakthroughs" by several recycling companies have made her "very optimistic" that they will not send large amounts of carbonfibre to landfill in future. "I think we will maintain the [85-90% recycling rate]," she says.

Frazer Barnes, managing director of UK recycling company ELG Carbon Fibre, is confident that airframes of aircraft such as the 787 and A350 can be reused for the manufacture of other products, without material going to landfill. "Longer term, we don't have any concern being able to use all the material coming out of end-of-life aircraft," he says. The carbonfibre market is growing 12-14% a year and is projected to produce 100,000t in 2019. "We believe almost 50% of that market can be satisfied with recycled carbonfibre."

ELG is a German-headquartered speciality metals recycler which expanded its activity into carbonfibre in 2011. The company says on its website that it has developed "the world's first and largest" carbonfibre recovery line. ELG's ability to develop its own process machinery is "the differentiator that has seen it establish a market-leading position in recycled carbonfibre materials", the group asserts.

Barnes explains that the process starts with feedstock being chopped up, typically in a shredder, to gain "consistent-size particles to take fibres from". The material is then heated up in a furnace to first burn off the resin and then, with the influx of additional air, to maintain temperature to remove all residue. "We end up with clean carbonfibre, which retains virtually all the stiffness of the original fibre and 90% of the strength of the original fibre," he says.

One downside is that the recycled material will not have the original material's fibre length. "We have got to account for that in the products that we use the fibres for," he says. However, he insists the shorter fibre-length does not represent a quality compromise in the recycled products. "We don't get the same properties as in unidirectional carbonfibre. But... there are very few applications that use carbonfibre as a unidirectional material. [In] most structures... you have a balanced lay-up [of multidirectional fibres]. There is no disadvantage in using recycled material in those type of applications."

ELG's recycled material is used in the rail and automotive industries, for example, to produce car bonnets and other panels. It also finds employment in electronic components.

Rather than being able to process entire airframe structures, ELG requires feedstock to be cut up into pieces of a "reasonable size" by the aircraft dismantler. Barnes says the recycling process can accommodate painted carbonfibre and small contaminations such as rivets and bolts. But he confirms that large attachments must be removed before the recycling process can begin.

Barnes foresees that dismantlers will get a return for their efforts to prepare carbonfibre structures for recycling. While he acknowledges that "today, the end-use market is too small for us to be able to pay for those [feedstock] materials", he foresees that "as those end-use markets develop, there will be a value to the material".

Cabin interiors still pose an environmental challenge. Relatively new equipment that has been removed from a decommissioned aircraft might find re-employment on the in-service fleet. A certain proportion of a cabin interior is also used for "boutique solutions" – to serve as furniture in, for example, schools, colleges or in "creative solutions", says Bann. But she admits that these recycling avenues are "not necessarily scaleable". Ultimately, many interior fittings end up as landfill.

Bann says "a lot" of the aircraft material that cannot be recycled today is from the cabin interior. One reason is that the components – which are largely made of glassfibre – contain mandatory flame-retardant substances. "We haven't yet discovered a solution to extract out the fire-retardant content," she says. "Everybody is looking at this issue... This is certainly a focus area."