Since so many business aircraft movements are ad-hoc, they often have to fit into the air traffic management system at short notice. In Europe, right now, air traffic management has its difficulties – and Brexit looms, throwing a shadow of uncertainty over operations between the UK, the largest single European hub for business aviation movements, as well as the continent.

Ad-hoc flights can potentially be a problem if the air traffic management (ATM) system is as heavily trafficked as Europe’s core airspace is – especially if the aircraft is not fitted with the latest equipment to ensure seamless interface with the air navigation service providers (ANSP). But according to one of Europe’s major ANSPs, business aircraft movements do not usually require special handling by air traffic control, and the majority of them are adequately equipped.

Business aircraft are, however, more likely than airlines to “bust” cleared flight levels, says UK ANSP NATS, and some – usually from overseas – demonstrate a lack of familiarity with local airspace categories. Meanwhile, given that delay and disruption is getting worse in Europe’s airspace, being adequately equipped to get the most out of the ATM environment is important.

ATM-related delay seems to be standard. The figures provided by the Performance Review Commission (PRC) of European air traffic control in 2018 show that average ATC delays have been increasing every year for the previous five years, and that ATM capacity-attributed delay is the largest contributor to traffic disruption (37.5% of all delays), followed by weather (25.4%), ATC staffing (23%) and finally industrial action or system failure (7.5%). What is more, 80% of all delays occurred in the peak months of May to September.

Steady modernisation is taking place in European ANSPs, co-ordinated through Eurocontrol and regional alliances of ANSPs within the European Union area. Jointly they are pressing on with the Single European Sky (SES) project known as SESAR, which aims to make the system act like a single ANSP even if some of the actual ATM providers retain a stubbornly nationalist mindset and priorities. Shortages of fully-trained air traffic control officers have become widespread, and correcting this situation at the major en-route area control centres will take years because of the training delay inherent in the system, the PRC says.

SESAR work parallels activity in the USA with its NextGen ATM modernisation plan – except the FAA has the massive advantage of being a single, federal organisation. And although the two are attempting to pursue harmonisation and systems compatibility, ATM services either side of the Atlantic are definitely not identical, particularly in respect of requirements for on-aircraft communications, navigation and surveillance equipment.

Meanwhile a significant air traffic surveillance trial is now live over the North Atlantic in the Canada-controlled Gander oceanic flight information region (FIR) and its neighbouring UK-controlled Shanwick region, which between them control most of the routes travelled by corporate and business aircraft flying between Europe and North America.

Surveillance in those two oceanic FIRs is now being carried out in real-time rather than procedurally, by virtue of a communications satellite relay of aircraft position and identification data from each machine via its ADS-B (automatic dependent surveillance – broadcast) unit. This gives controllers in the oceanic ATM control rooms at Gander, Canada, and Prestwick, Scotland a radar-like display of actual – rather than estimated – aircraft position to work with. Such a system has been planned for many years, but enabling it by bringing together all the essential components to enable reliable data-linking has taken a long time.

The communications satellite systems provider is US-based Aireon, which now provides global coverage through its own constellation of satellite ADS-B transceivers to enable ATM surveillance anywhere. The European Aviation Safety Agency (EASA) is in the process of certificating the provision – by Aireon – of space-based surveillance over the whole continent. When and if that happens, it will be a first: the provision of surveillance capability by an organisation that is neither an ANSP nor the military.

When the North Atlantic trial, operated by Nav Canada and the UK’s NATS, has proved the system’s integrity, the real-time surveillance capability will provide greater ATM flexibility laterally and longitudinally by enabling aircraft spacing to be much closer, and to fly optimum tracks – providing the aircraft is fitted with a serviceable ADS-B Out unit. 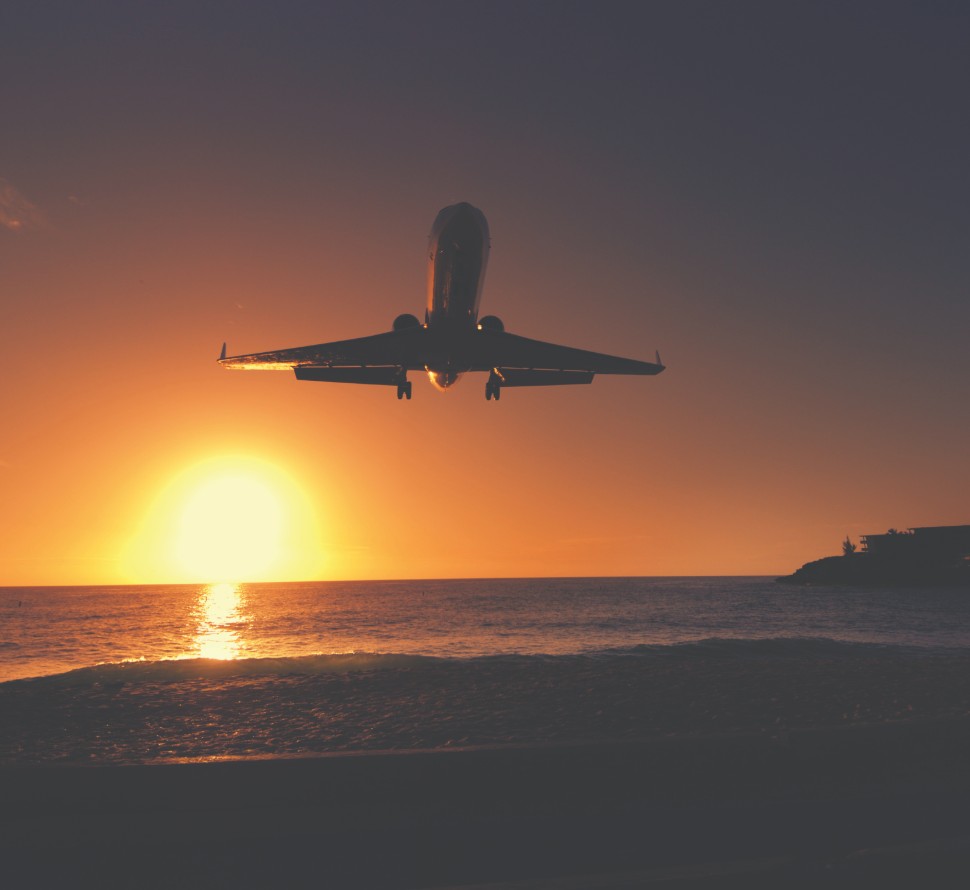 Nav Canada chief executive Neil Wilson says that 95% of aircraft crossing the Atlantic are already ADS-B-equipped, and if they also have onboard controller-pilot datalink communications, they will be able to take full advantage of all the improved efficiencies that the new oceanic ATM regime offers. Just one of those advantages will – probably by 2020 – be clearance to fly at “cost index” speeds, rather than having to stick to a fixed Mach number. NATS says the estimated potential efficiency savings will deliver fuel savings for the crossing of between 400kg and 650kg, and a time saving of up to a minute, and the greater route performance predictability should also enable crews to carry less contingency fuel.

As for aircraft equipage, any operators in US airspace which are not already fitted with ADS-B Out will be required to field it by January 2020, and all European operators by June the same year.

Automatic dependent surveillance is not an intuitive description for this increasingly important system, the workings of which its users need to understand fully. Since it will soon be the principle enabler of ATM surveillance across the world, here is an explanation of its nomenclature: ADS-B is “automatic” because, unlike secondary surveillance radar (SSR), no interrogation (of an aircraft transponder) is required; it is “dependent” because it relies on aircraft navigation systems to provide the position data it has to broadcast; and finally “surveillance” is what it enables the receiving stations to do.

The broadcast content can be picked up passively by any station with a receiver, which includes ATM centres and suitably equipped aircraft in the vicinity (fitted with ADS-in), which enables the pilots to be more aware of the traffic situation around them. The latter is particularly useful on the North Atlantic and other oceanic or wilderness routes. Airborne self-separation requires that aircraft be equipped with ADS-B-In and a means to display available traffic information to the pilots.

In the USA, for propeller-driven business aircraft that do not need to fly above 18,000ft and are operating domestically, a Universal Access Transceiver (UAT) will suffice. UAT has the additional capability to receive weather data provided by the FAA ADS-B network, and it operates on 978MHz.

The FAA explains: “Any airspace that requires the use of a transponder today will, on 1 January 2020, also require aircraft to be equipped with a version two ADS-B Out system. This can be either a 1090 Extended Squitter ADS-B system, or a UAT (universal access transceiver) ADS-B system. The latter is seen as particularly suitable for GA operations.”

In Europe, and in the USA for aircraft using airspace above 18,000ft, aircraft will be required to have a Mode S transponder operating in the 1090MHz band, with Extended Squitter (1090ES). As the FAA explains, outside the USA all ADS-B systems operate on 1090MHz. US-registered aircraft that want to operate in Europe and other regions of high traffic intensity are advised by the FAA to have what it describes as “a Mode-S transponder-based ADS-B transmitter”. Europe’s core high-traffic sectors require Mode S datalink standards.

EU legislation requires all aircraft operating under instrument flight rules (IFR) in its airspace to be compliant at least with Mode S Elementary Surveillance, whilst aircraft with maximum take-off mass greater than 5,700kg (12,600lb) or maximum cruising true air speed (TAS) greater than 250kts (463km/h) must be compliant with both Mode S Enhanced Surveillance and ADS-B out requirements. Compliance is mandated by 7 June 2020 for both retrofitted and new aircraft. There are special provisions (including exemptions) for state-operated aircraft.

Eurocontrol explains its need for high-integrity surveillance with plenty of datalink capacity: “The Single European Sky (SES) vision for surveillance from ground stations foresees, in en-route and terminal areas, the combination of ADS-B with independent surveillance also, the latter provided by Mode S and Wide Area Multilateration (WAM). WAM system receivers generally include ADS-B functionality.” The FAA does not see it as generally necessary to go down the independent surveillance route except in particularly high density airspace or zones that are sensitive for security reasons.

Prominent on the FAA website is this advice for US operators: “Starting 1 January 2020, aircraft flying inside the 30 NM radius ‘Mode C’ veils around major airports in the United States must be equipped with ADS-B Out. Don’t fail the veil!”

At European airports, a locally-optimised mix of available technologies, such as airport multilateration and surface movement radars, enable advanced surface movement guidance and control systems for airport ground operations control. This could also enable the display of surveillance information on a consolidated display in the form of a moving map in equipped flight decks and in surface vehicles.

The FAA provides advice on aircraft equipage for working with modern ATM, saying: “Performance-Based Navigation (PBN) procedures require various avionics capabilities depending on the level of navigation precision involved.” It continues: “Because of mixed equipage, not all aircraft can fly the most demanding types of PBN procedures. New aircraft usually have the latest avionics, while older aircraft have a mix of avionics of various ages and capabilities. Replacing ageing equipment can prove too expensive for some aircraft operators, and may lead to an aircraft being retired. In other cases, an aircraft’s existing equipment may be adequate for the types of flight operations planned.” 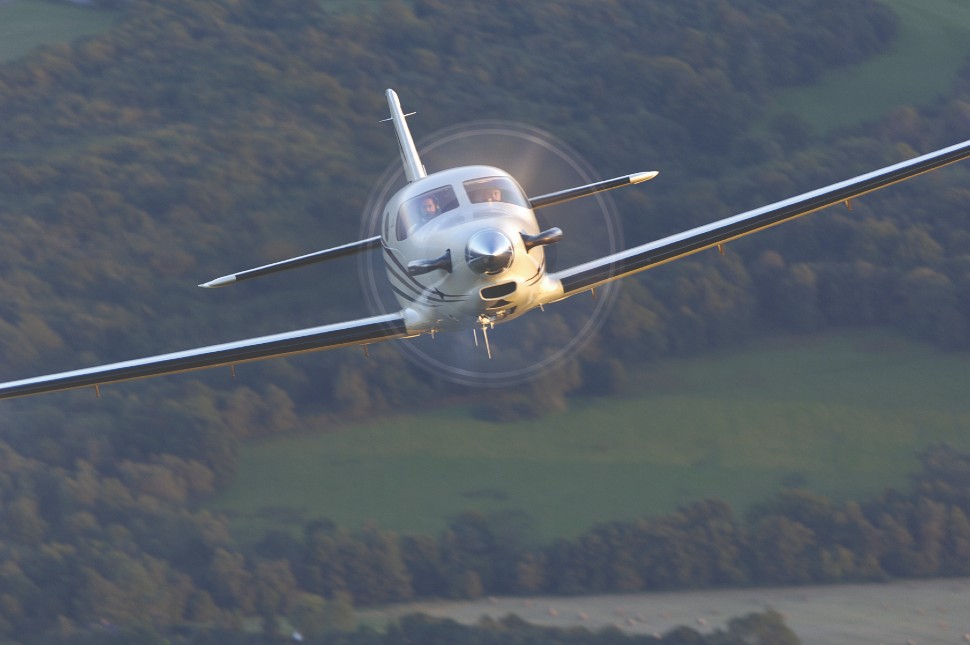 Propeller-driven business aircraft in the USA do not need ADS-B Out equipment below 18,000ft

Another potential disruptor of European traffic is the UK’s departure from the European Union – although the extent to which traffic might be affected is difficult to predict. The earliest it could happen now would be October, and the consequences depend on whether the break comes with a negotiated deal or a “crash out”. The UK is the largest European generator of business and corporate aviation movements.

The British government says that, in the event of Brexit, the UK would remain a member of the European Aviation Safety Agency and Eurocontrol, but its status within them would change to that of a “third country” participant. NATS says significant disruption is unlikely, but setting up letters of agreement about movements between neighbouring countries may delay things.

TAG Aviation, which owns and operates Farnborough airport in UK and has a big fixed base operation there, has about as many options as a European operator can have. It has major bases in EU states like Malta, its main base in Switzerland, and it owns or operates aircraft registered in the EU as well as Britain and the USA. TAG Farnborough has this to say: “As an airport that is exclusively business aviation, we fully expect our business to continue to develop as before. What is important for us is that we continue to focus on serving our customers and delivering the highest standard of service.“

Richard Kirby, Technical Director of TAG Aviation (UK) comments: “TAG Aviation has put provisions in place that protect our customers and our business by ensuring our skilled and specialised employees can still certify maintenance in any post-Brexit scenario.”

But there is a general admission by TAG Aviation of the inevitable degree of uncertainty – despite efforts to prepare for all eventualities – that affects business aviation operations, especially any that have assets in the UK, or operate there regularly. “A number of factors are likely to impact the ongoing operation of all aircraft in the event of Brexit, and this will not necessarily be restricted to UK registered aircraft,” TAG says. “For instance, on an operational level, issues like crew licencing, engineering, traffic rights and cabotage.”

The message for corporate and business aviation operators seems to be that if you want to fly into or within Europe, do your homework first.