The airframer says the ground tests, which took place at its Wichita, Kansas base “verified the functionalitity” of the fuel system and engines on the utility aircraft “as well as the interface with the avionics and electrical systems”. 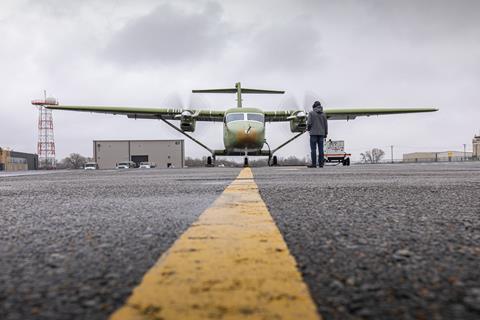 Chris Hearne, senior vice-president for programmes and engineering at Cessna’s parent Textron Aviation, calls the engine test runs “a pivotal step toward proving the maturity of the aircraft and its systems as we prepare for first flight”.

Cessna says as well as the first prototype, five additional flight- and ground-test articles will be involved in the SkyCourier development and certification campaign, although a timeframe for the aircraft’s validation and entry into service has not been disclosed.

The high-wing type will be offered in various configurations including freighter, passenger or combi - all based on a “common platform” with a 2,720kg (6,000lb) payload.

Textron Aviation says it designed the unpressurised aircraft for “high utilisation”, and to deliver “a combination of robust performance and lower operating costs”. 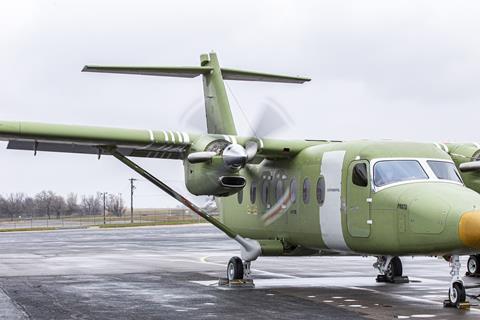 The Garmin G1000 NXi-equipped SkyCourier has a maximum cruise speed of up to 370km (200kt), and a maximum range of 1,700km. Both freighter and passenger variants will offer single-point pressure refuelling to “enable faster turnarounds”.

Textron launched the programme in 2017 on the back of an order from FedEx for up to 100 aircraft. They will replace the Memphis-based freight carrier’s turboprop fleet of Cessna 208 Caravans and ATR 42s.