The US Navy declared the Lockheed Martin F-35C Lightning II, the aircraft carrier-capable variant of the stealth fighter, to have achieved Initial Operational Capability (IOC) on 28 February.

The declaration comes shortly after the USN’s first F-35C squadron, Strike Fighter Squadron 147, completed aircraft carrier qualifications aboard USS Carl Vinson and received a Safe-For-Flight Operations Certification, the service said. The US Air Force declared IOC for its conventional-takeoff and landing F-35A in 2016 and the US Marine Corps’ short-takeoff-and-vertical-landing F-35B was declared IOC in 2015 – meaning all US variants are now operational. 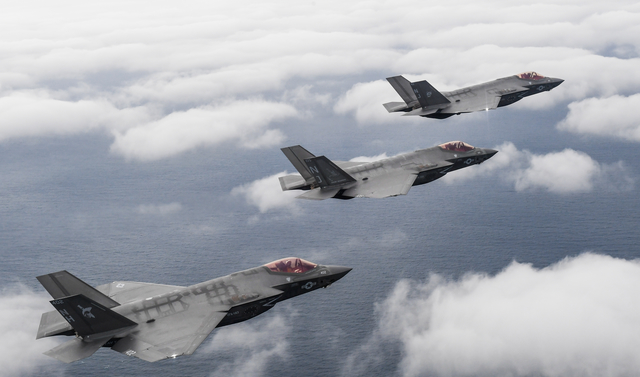 “The F-35C is ready for operations, ready for combat and ready to win,” says Commander Naval Air Forces, Vice Admiral DeWolfe Miller. “We are adding an incredible weapon system into the arsenal of our carrier strike groups that significantly enhances the capability of the joint force.”

The F-35C variant’s wings are 2.4m (7.9ft) wider than other variants and it has more robust landing gear, features which allow it to approach the aircraft carrier deck lower air speeds, while handling the stress of catapult launches and landing arrestments. Its wingtips also fold to allow it to make more room on a carrier’s deck. The F-35C’s 8,960kg (19,753lb) fuel capacity is also the greatest of the three F-35 variants, some 46% more than the other stealth fighters.

In addition to the USN, USMC and USAF, three other military aircraft operators have declared their F-35s IOC: the Israeli Air Force, Italian Air Force and the UK’s Royal Air Force.