The first quantitative data on the suspected link between how far US pilots commute to work versus their level of fatigue when they get there may come from a comprehensive new flightcrew monitoring programme in Europe.

UK-based low-fare carrier EasyJet, under an agreement with NASA, is soon to start the first of three studies aimed at using demographic data, questionnaires, real-time measurements and flight data monitoring to develop objective measures of physiological and cognitive effects of fatigue, including the impact of commuting. 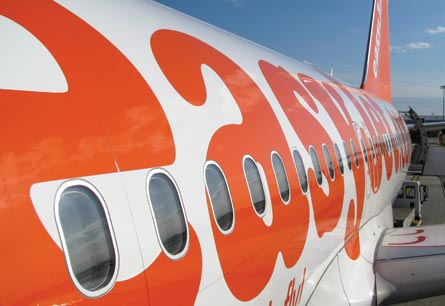 The NASA work is not related to efforts by the US National Transportation Safety Board, which as part of its investigation into the Colgan Air Bombardier Q400 crash near Buffalo, New York in February 2009, has asked the US Federal Aviation Administration to require airlines to "address fatigue risks associated with commuting, including identifying pilots who commute, establishing policy and guidance to mitigate fatigue risks for commuting pilots".

The NTSB found that 70% of Colgan pilots commuted to the airline's Newark Liberty International airport base, and 20% were commuting 1,600km (1,000 miles) or more.

The FAA has not favoured pilot commuting limit rules, partly because of the economic impact it might have on pilots who would be required to relocate. But the agency is expected to release this year a proposed rulemaking on fatigue management that would require measures, including scheduling, to reduce fatigue.

If fatigue markers can be defined in data, NASA or airlines will in theory be able to identify accident precursors through collected flight data monitoring databases, including flight operations quality assurance (FOQA) archives, as well as textual information from aviation safety action programmes.

The latter two are elements in the FAA's broader aviation safety information analysis and sharing system (ASIAS), an aggregation of safety databases meant to help it intervene in safety issues in advance of incidents or accidents. "Our algorithms sort through massive amounts of data and find samples of time where something unusual is happening," says Ashok Srivastava, principal investigator for NASA's Integrated Vehicle Health Management research project. "We do this by comparing data that is nominal or typically observed with data that is atypical."

In the fatigue study, 20 pilot and flight attendant volunteers in three groups will fill out surveys and wear specialised equipment that continuously monitors as many as 20 physical and cognitive parameters around the clock starting several days before to several days after their six-day duty cycle.

EasyJet has agreed to "allow us to link demographic information on the flightcrews, since [commuting distance] is linked to fatigue", says Irving Statler, a human factors expert at NASA's Ames Research Centre.

Statler says the demographic information - a survey that includes a crew's commuter starting point - will be de-identified. NASA will have access to daily transfers of the data on which it will test various algorithms designed to link the fatigue measurements to flight data monitoring. "We're responsible for discovering the anomalies in their data," says Statler.

Shortly to go on tap at EasyJet will be a cabin crew. The first of two flightcrew studies is set for around September.

Airbus, EasyJet, French aerospace laboratory Onera and NASA previously worked together on a study that analysed the benefits of using earlier NASA algorithms that search for atypical data as compared with an industry- standard FOQA analysis program. Researchers compared the analysis packages on Airbus A319 flight monitoring data from 79 flights over a two-month period between the same city pair.

While the Aircraft Flight Analysis and Safety Explorer (AirFASE) programme flags data anomalies based on predefined limits set by standard operating procedures, the NASA program, called the Morning Report, searched for differences from activity considered to be "normal", in this case, 210 flights in the four months preceding the comparison flights.

The researchers concluded that both programs are valuable, with Morning Report filling the gap "between tracking known events and discovering unexpected events with a statistical process that requires no a priori information about safety hazards", says NASA.

Statler says it will be vital to develop a variety of data mining tools for ASIAS in advance of the FAA's next generation air transport system. "It will give the industry the capability for proactive management of risk, from a national perspective," he says. "All that data needs to be mined, with information extracted and fused to get the right perspective. It's essential."