Safran has relaunched the certification process for its Silvercrest turbofan as momentum builds around the Textron Aviation Cessna Citation Hemisphere programme that the engine will power.

Certification of the Silvercrest was interrupted after response issues were identified during testing. This prompted Dassault Aviation to cancel the Silvercrest-powered Falcon 5X programme and the engine’s sole application now is the Citation Hemisphere. The large-cabin Citation (below) secured a major boost at NBAA with NetJets signing a deal for 150 aircraft. 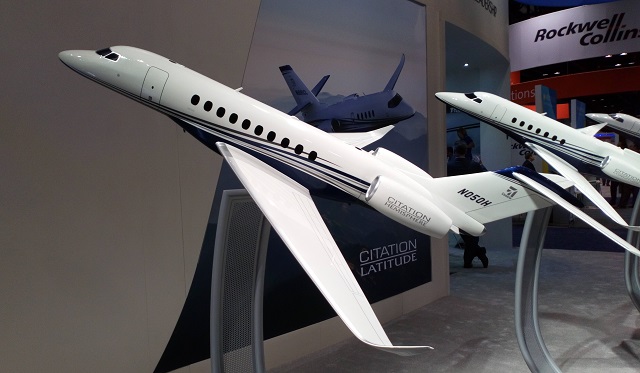 “We are working with them to define what will be the new requirements - if there are any new ones - that we have to address.”

Brioude expects the European Aviation Safety Agency to inform Safran about any changes required to the validation process by the first quarter of 2019.

Safran has designed a new high-pressure compressor to address the response issue, which will be tested in the first half of next year. Brioude says that this is the only design difference between the Falcon 5X Silvercrest and the Hemisphere application.

“We are changing a small part of the engine but we are continuing to accumulate experience on the rest of the engine,” says Brioude.

“We have accumulated 9,000h in ground and flight tests,” he adds.