Six decades ago today, on 4 October 1958, a BOAC de Havilland Comet 4 became the first jet airliner to fly revenue passenger services across the Atlantic, operating in each direction between London and New York. In achieving this feat, the UK long-haul flag carrier beat its great US rival Pan American, which was gearing up to be the first airline to operate a jet across the Atlantic with the Boeing 707.

BOAC is a forerunner of British Airways and the UK airline celebrated the transatlantic anniversary this week at its Waterside headquarters near Heathrow at an event attended by former Comet navigator Capt Hugh Dibley and one of the New York-London flight’s original cabin crew, Peggy Thorne - now aged 91. 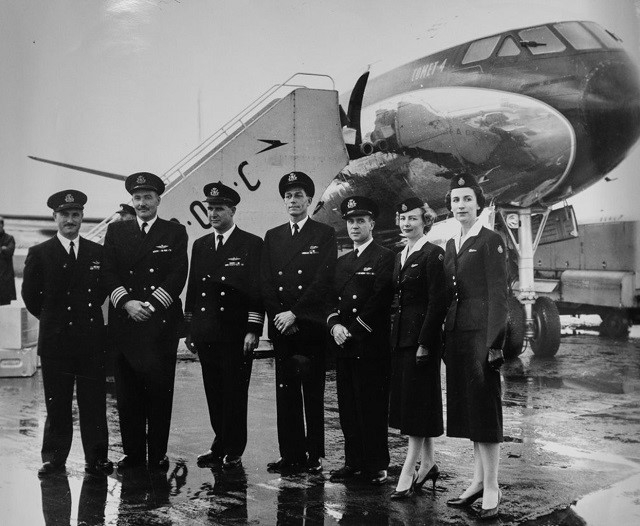 “It was marvellous” recalled Thorne (pictured above right with her BOAC colleagues). “We were used to travelling to New York on Boeing Stratocruisers which took up to 20 hours. We couldn’t believe the flight was possible in such a short time.

“Our customers loved it – they ate and drank from when they got on board until the time they got off.” 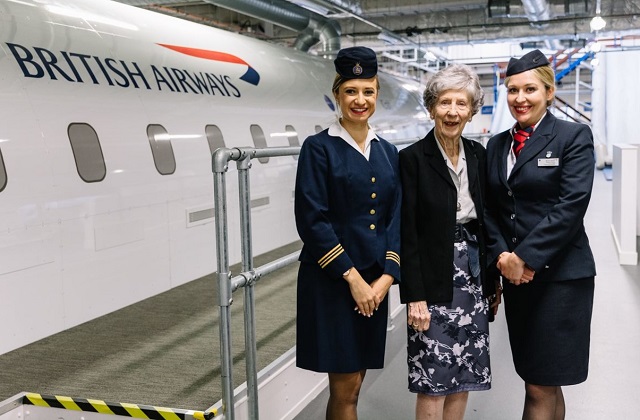 Capt Dibley, who joined BOAC just as the Comet 4 flew those historic inaugural crossings, went on to serve as navigator on the de Havilland jet. He subsequently spent many years as a pilot on the BOAC and BA Boeing fleets, firstly flying the 707 and later the 747 before flying the Lockheed TriStar.

FlightGlobal asked Capt Dibley about the great rivalry between those two 20th century airline icons as they raced to complete the historic world-first. And he explains how it would be the 707, rather than the pioneering Comet, that would go on to transform commercial aviation.

"Pan Am perceived themselves as the world leaders," says Capt Dibley. "The BOAC Comet 4's debut really took the wind out of their sails!"