Try not to panic - we have been here before

In the latest in our series, two former pilots in the Middle East give their views on coronavirus-driven redundancy.

In July, aviation seemed doomed, with airlines either going bankrupt or laying off most of their workforces. My employer, a large Middle East carrier, was no exception and let go of 400 pilots, including myself, a 38-year-old Boeing 777 captain.

My colleagues were quick to set up a WhatsApp group. Their first reactions consisted of lots of yelling and screaming. Many were caught by surprise, not least that the selection process seemed to have been entirely random: redundancy was seemingly not based on seniority or merit, simply on whoever’s name came out of the hat first. 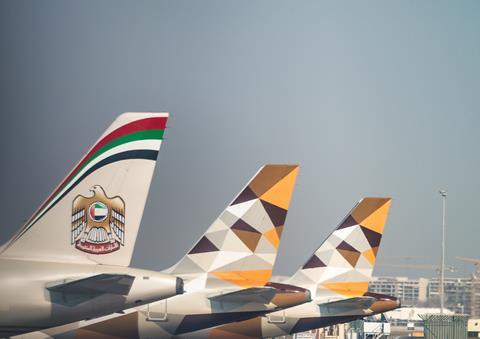 Of course, the reaction in some cases was dictated by the individual’s financial position. Lots of colleagues had personal loans, a fancy car, expensive school fees and a great apartment with superb views – and associated hefty monthly payments. A few did not even have a place to go to back in their home country, or had not set up any kind of replacement income.

While I had been counting on a few more years of salary to fund some real estate projects, I was prepared – or at least as prepared as one can be for something of this magnitude. Seven years ago, I made it my mission to be free of any employer, and to fly for money only if I wanted to, since my passion for flying had long been extinguished.

One or two more years of salary would have been great, but I’m lucky to be in a more comfortable situation than many of my peers, not that my almost decade-old, beaten-up car would offer any clue.

For those in a less fortunate position, who might think their world is ending, I offer these words of comfort: if you have been in aviation for a decade or two, you have already been through some serious shocks.

Chances are, to get that first jet job, you had to jump through a few hoops: working in the supermarket or McDonalds; paying off costly flight hours; begging every pilot you met socially for a flying job; finally getting an aviation-related role, only to find yourself carrying bags, making coffee, or doing flightplans for the “real” pilots.

My flightpath started in 2001. That’s right: at the very beginning of my training, terrorists were deliberately flying airliners into buildings – horrific images that everyone still remembers. Two months later, the national airline of my country went bankrupt, while I was in its cadet school. And then, two short years later, aviation was hit again, this time by the SARS outbreak.

Even though the obstacles these events presented seemed insurmountable at the time, a few years later, most of the cadets I studied with had a flying job.

Fast forward to 2008-2009 and then came the world financial crisis. Airlines were firing pilots en masse – again – stock markets were crashing, and many people lost their homes or much more. But within four years, IATA reported that traffic had returned to its trend level. No pilot I know was unemployed a few years after the crisis, even though many had initially lost their jobs.

Since then, we have witnessed: the eruption of the Eyjafjallajokull volcano in Iceland in April 2010, which closed European airspace for a full week; 2014’s twin tragedies for Malaysia Airlines; and the grounding of the Boeing 737 Max fleet after a pair of fatal accidents.

Countless times in our careers as pilots, we have seen colossal catastrophes. This one seems to be the biggest, but we thought that in 2008, and in 2001. A few years later, it’s usually just a bad memory.

Things may be bad now – and they are likely to stay like this for a while – but if, as a furloughed pilot, you have a burning desire to get paid to fly once again, you will achieve that goal. You have dealt with situations like these as a pilot for your entire professional life, and you are a fighter.

In the meantime, let’s breathe, focus on family, hobbies we never had time or energy for, enjoy that sabbatical year, or redirect our focus to other projects. But this time, maybe rethink the retirement plan: that big mansion and shiny sports car can probably be ignored.

Another view: why redundancy means a rapid return home

It is a strange feeling, seeing colleagues you have known and worked with for decades suddenly scattered to the four winds, disappearing back to their own countries.

While flightcrew across the globe have been made redundant in their thousands, any pilots working outside their home country have faced a particularly brutal time, and none more so than those employed by one of the Middle East’s big three.

When you are a resident in a country such as the United Arab Emirates, you have precious few rights once your job disappears, particularly in regard to your continued stay. As soon as that redundancy notice lands, the clock is ticking on your visa, which expires on your final day of service.

Pilots faced a desperate three-month scramble to move their families back home, in some cases liquidating decades of life in the desert in a matter of weeks. If you were lucky, you rented a house and owned cars that sold quickly.

But for those who had bought a house or apartment financed via a local bank, the picture is not so rosy: you cannot leave the country until you pay the loan back, but good luck with making that sale.

The redundancy process felt like an entirely random affair: you were either in – or you were out. In addition, the sheer scale of the redundancies seemed to overwhelm HR departments who were dealing with thousands of pilots, plus cabin crew. Colleagues recently had to queue for 3h to hand back their IDs and cockpit computers.

The greatest sympathy should be reserved for those who come from countries where the borders are still closed: after the last day of service with my former employer, they will be put on “hardship allowance”: just 25% of basic salary.

For those pilot colleagues who remain, many are on short-notice unpaid leave, on top of a salary that has been cut in half.

Of course, we all signed up with our eyes open: we knew that working in the Middle East meant no union, no social protection and no seniority, but with a decent financial reward.

There are countless posts on social media from former staff suggesting that they understand why they had to be laid off – in other words, thanks for sacking me!

They might want to reflect on the fact that despite the crisis, their ex-employers are still able to find enough spare change to sign large, multi-year sponsorship deals with European football clubs.

If you are a commercial pilot and fancy writing for FlightGlobal then we would love to hear from you. Just send us a brief outline of what you’d like to cover and we will get back in touch. We are happy to use your contributions anonymously where necessary. Email: dominic.perry@flightglobal.com