A321 brushed past glider during descent into Class E airspace

German investigators have attributed a serious airprox incident, in which a Lufthansa Airbus A321 crew failed to see a glider, to a decision allowing the jet to descend into Class E airspace during its approach to Hamburg.

The encounter occurred north-east of Hamburg, on 23 July last year, as the A321 was being vectored for runway 23.

In order to reduce the traffic load in the area, the Bremen radar controller gave the A321 crew an early clearance to descend to 3,000ft. This allowed the aircraft to fly below the 4,500ft boundary separating Class C airspace from the Class E airspace beneath. 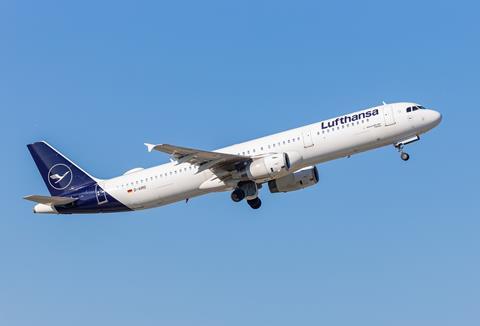 German investigation authority BFU says the A321, descending through 3,600ft in a 25° left bank, approached a Rolladen-Schneider LS4 glider from behind.

The 17-year old glider pilot, with 20h of experience, had “no way of seeing” the Airbus, the inquiry states: “She was not aware of any impending collision risk and could not initiate any evasive manoeuvres”.

With no transponder, the glider did not trigger the A321’s collision-avoidance system.

Investigators’ analysis suggests that, under optimal conditions, the A321 crew could have seen the LS4 about 26s beforehand, giving a theoretical 13.5s reaction window to initiate evasive action.

But while the Airbus crew was responsible for avoiding the conflict, through the see-and-avoid principle, the inquiry says the pilots would have been occupied by approach tasks, making continuous airspace observation “almost impossible”. Their view of the glider, it adds, was “very likely” obscured by the instrument panel.

The A321 overtook the glider and flew below it. Geometric assessments indicate the aircraft were separated by just 56m horizontally and 46ft vertically.

BFU describes as “incomprehensible” the controller’s decision to allow the A321 to descend into airspace occupied by traffic which cannot be detected by radar or collision-avoidance systems – pointing out that the sequencing pressure could have been reduced without taking the Airbus out of the protected airspace.

“While this would have taken longer, it would have been the safer option,” the inquiry says.

Neither the 175 occupants of the A321, arriving from Frankfurt, nor the glider pilot was injured during the incident.

The LS4 had been on a cross-country flight with a second glider, a Schleicher ASG 29e, both having taken off from the airfield at Lubeck-Blankensee.

BFU believes the second glider appeared on radar, as a primary target, a few seconds before the incident, some 2nm north-west of the A321. But the glider involved in the airprox was not shown.

Investigators only learned of the incident 23 days later, on 15 August, when it was reported by the airline. The glider pilot and air navigation service did not report the event.

BFU sought radar data on 16 August and requested radio communications on 23 August. Although radar data was eventually provided, investigators were unable to obtain audio recordings because the deletion deadline had expired by two days.