The federal Investigative Committee says it has completed its criminal probe into the 5 May 2019 accident during which the aircraft returned to the airport after a lightning strike.

It bounced on touchdown, resulting in a landing-gear collapse and a fire which engulfed the aft fuselage. Only 37 of the 78 occupants survived the blaze.

The Investigative Committee says it has collected “sufficient evidence” in the case and has forwarded the information to the prosecutor general, which will decide on proceeding with the indictment.

Examination of the aircraft’s flight recorders, it states, found that the Superjet “adequately responded” to the pilot’s control inputs.

“This information refutes the accused’s claim of a possible aircraft malfunction,” it adds. The captain has been accused of causing death by negligence through violation of established rules and procedures, leading to the destruction of the aircraft. 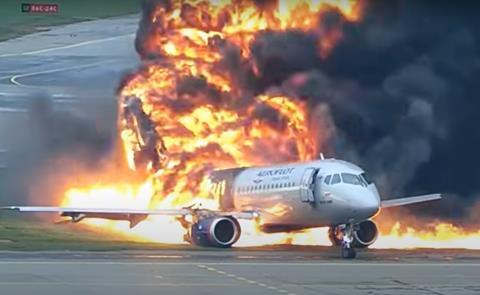 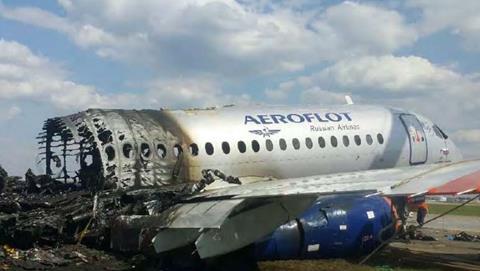 Flight SU1492 had taken off for Murmansk but returned to Sheremetyevo