Alaska Airlines will connect Paine Field with Palm Springs this November, building on its network from the Seattle-area airport within a year of reopening it to commercial service.

The Seattle-based carrier will offer a daily flight between Paine Field in Everrett, Washington, and Palm Springs with a 76-seat Embraer 175 from 5 November, it says. It will also add a second daily flight to Phoenix from Paine Field from 26 August. 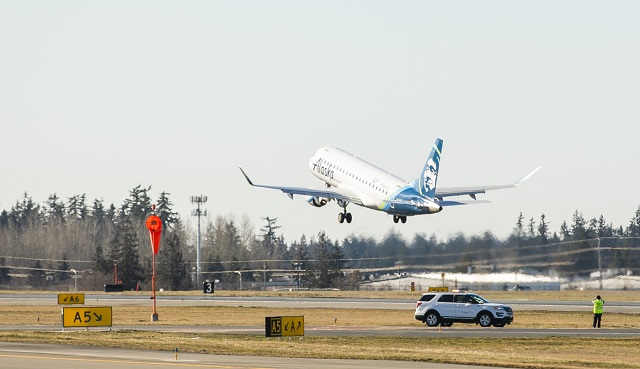 “After three months of flying at Everett, we thought this was a good time to make adjustments to improve the flying experiences for our guests," says Noelle Fredrickson, general manager of network planning and strategy for Alaska, in a statement.

Fredrickson, speaking with FlightGlobal on 3 June, hinted at the new route saying it was time to make some "adjustments" to its Paine Field network that it launched in March.

Network changes early on in operations in new markets is not uncommon. When Cuba first reopened to scheduled air service in 2016, US carriers piled on seeking more than double the number of available frequencies to Havana, as well as many to secondary points in the country.

Carriers have since parred back their Cuba offerings. Several airlines exited Havana, including Alaska, Frontier Airlines and Spirit Airlines, citing demand and the complexity of serving the market, while the number of secondary points served was reduced and capacity cut by shifting to smaller aircraft.

Alaska will reduce its frequency to both Los Angeles and Portland, Oregon, to thrice daily from four-times at Paine Field to accommodate the schedule changes. The airport's passenger terminal is capped at 24 daily flights with Alaska operating 18 and United Airlines six.

The carrier views Paine Field as a reliever to congested Seattle Tacoma International airport, which is a 57km (35.7 mile) drive to the south. Alaska chief commerical officer Andrew Harrison said in December that the new flights were the equivalent to a 6% increase in departures from Seattle.