British Airways used its BEA-liveried Airbus A319 today to launch its first early-morning flight between Inverness and London Heathrow for more than two decades. 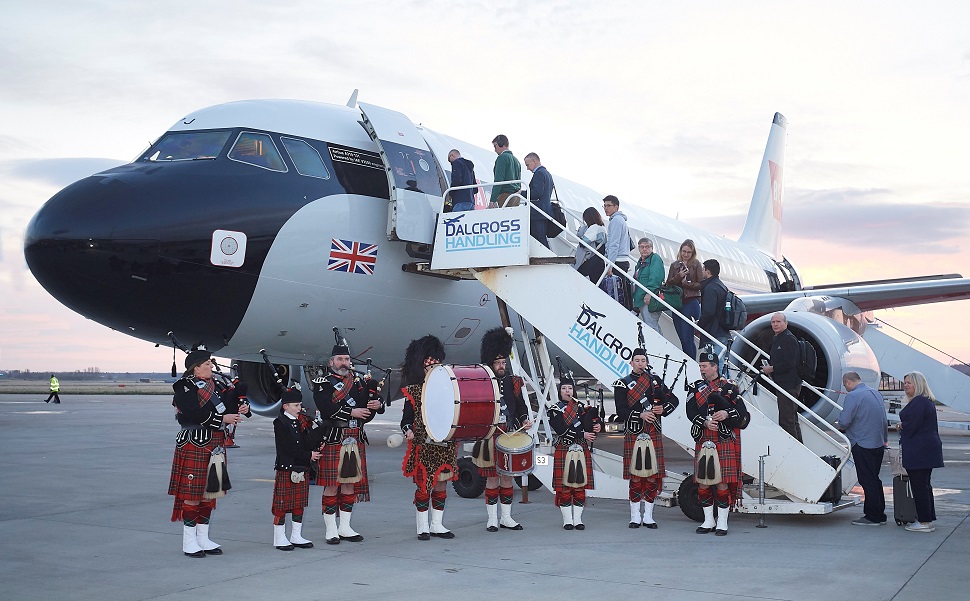 To mark the departure, passengers were piped aboard the BEA-liveried A319 "retrojet" by the Inverness Royal British Legion Pipe Band. The A319 is painted in the BA heritage livery as part of the airline’s centenary celebrations.

BA says that the new schedule provides a 30% increase in capacity on the route, increasing the number of flights to three return services on Saturdays and Sundays, with a double daily service Monday to Friday. From October BA will operate a double-daily service seven days a week.