Bombardier is displaying a CS300 at the show adorned in the livery of European customer Air Baltic, in the airframer's first major exhibition since agreeing to divest the CSeries programme to Airbus.

Air Baltic has opened a CS300 connection to the United Arab Emirates with a service from Riga to the capital Abu Dhabi.

Bombardier's vice-president of sales for the Middle East and Africa, Jean-Paul Boutibou, says the region's capacity is increasing in spite of pressure on yields from tougher competition. 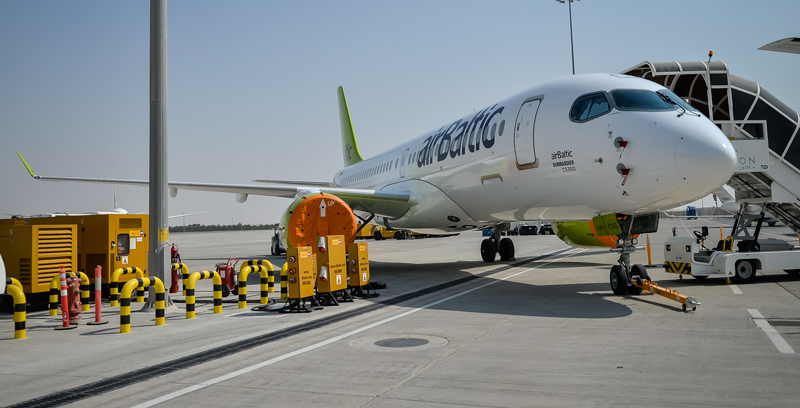 "Right-sizing of the fleet will lead to market penetration and profitability," he says, adding that this opens the possibility of CSeries sales.

The company disclosed in mid-October that Airbus would take a majority share in the CSeries programme, giving the European airframer another line in the 120-seat sector.

Airbus estimates a Middle Eastern market for just under 1,100 single-aisle aircraft in the two decades to 2036, although its latest forecast does not specify the potential for CSeries-sized jets in the region. Bombardier forecasts 450 aircraft deliveries in the 60- to 150-seat category to the Middle East over the same span.