Embraer will begin ground tests for the first Phenom 300 light jet after assembling the first aircraft that can seat six occupants and two crewmembers on 12 April.

The roll-out ceremony at Embraer’s plant in Gavião Peixoto, Sao Paolo, came 10 months after the rollout of the Phenom 100 very light jet (VLJ). Production for both types is expected to transfer to Embraer’s new plant in Botucatu next year.

The Phenom 300 is expected to enter service in the second half of 2009. Embraer has started assembling the second Phenom 300 at the Gavião Peixoto, plant. 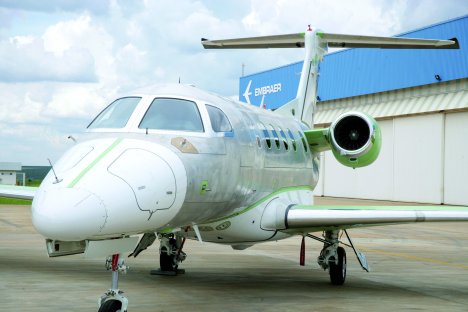