Lockheed Martin is confident that New Delhi will replace the C-130J tactical transport lost in a 2013 crash, and expects deliveries from a follow-on order for six of the type to commence in 2017.

Speaking to Flightglobal at Lockheed's stand at the Aero India show in Bengaluru, Abhay Paranjape, the company's director of business development for India, says a replacement for the destroyed Hercules, combined with the incoming aircraft, would allow India to base six C-130Js on each of the nation's coasts. 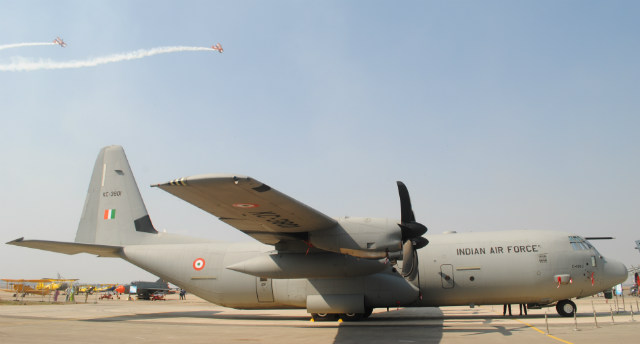 Paranjapesays the C-130J has considerable room for growth in India, given that for the time being it is primarily used for special forces operations. Lockheed has had discussions about its proposed "Sea Hercules", which would be equipped for anti-submarine and anti-surface warfare missions.These discussions are mainly centred on the variant's potential uses by the Indian military, but there is no formal requirement, he notes.

Separately, Paranjape says the US company's joint venture with Tata Systems in Bengaluru – Tata Lockheed Martin – is performing well at producing sub-assemblies for the C-130J.