How STEM isn’t the only route into aerospace for jobseekers

While the industry needs more female engineers, former chartered accountant Victoria Foy, chief executive of a Safran unit, insists there are other routes for women into aerospace

Sparking an early interest among female school students in science, technology, engineering and mathematics, or STEM, subjects, and sustaining that through college or university, is rightly seen as key to redressing the gender imbalance in aerospace and aviation by equipping young women to do jobs that have traditionally been the preserve of men. 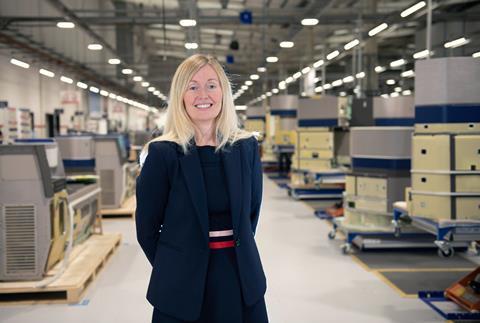 However, Safran Seats GB’s chief executive since January 2020, Victoria Foy, makes the point that studying engineering or another technical discipline is not the only entry route into the industry for young women. “There are huge, huge opportunities, with so many other exciting roles, from design to marketing,” she says. “You don’t have to be an engineer to have a successful career in aviation.”

She should know. She began her working life in corporate banking, moving into accountancy while studying at weekends for her chartered management accountant qualification. That led to executive roles with industrial companies, including with Safran’s nacelles division in Burnley in the UK, where she became finance director in 2012, before being promoted to general manager four years later.

That meant taking on responsibility for the production facility and its roughly 1,000-strong staff, as well as sitting on the Safran Nacelles executive committee in Le Havre, France. She maintains that her lack of an engineering background was not a hindrance, as her stint as finance director – and, latterly, effectively deputy managing director – had given her a broad perspective of the business.

“It felt like a really natural step,” she says. “When I was approached for the job, I made the point that I was not an engineer. But they said ‘You have the skills we need. We have strong engineers, and that’s not what we are asking you to do.’ A lot of my role, then and now, is about having the right team – getting the right people into the right roles.”

In August 2019, she joined another division of Safran – the former Zodiac seating plant in Cwmbran that is one of the company’s centres of excellence for premium seating, initially as deputy chief executive. As chief executive since early this year, Foy’s role is wider than at Burnley where she ran a production site. She now has “end-to-end” responsibility for this UK business unit, including sales, programme engineering and supply chain.

She is part of a 16-strong executive committee on which there are two other women, while, of the 12 on her management team in the UK, three are female. She says she has not personally encountered barriers to career progression as a woman. Safran, she believes, has a “real focus on improving gender diversity”.

Along with colleagues responsible for other Safran operations in the UK, Foy has helped establish initiatives to encourage young women to enter the aerospace industry. They included a survey of Safran’s workforce to assess the impact of the Covid-19 crisis on female employees, in regard to issues such as childcare (schools were shut as part of the spring lockdown).

As with every aerospace manufacturer, the pandemic has severely disrupted operations for Safran’s seating business, with the almost total collapse in the widebody market particularly impacting the premium seating segment. However, Foy says the projects have resulted in “really good data” that the company will use to “help shape what we would like to work on in 2021”,

That includes working with local high schools, colleges and universities to “give confidence to women to take up engineering careers”. But she hopes to convince some of those who may not be such a whizz at physics, but instead have a flair for figures or a way with words, that aerospace has plenty room for them too.