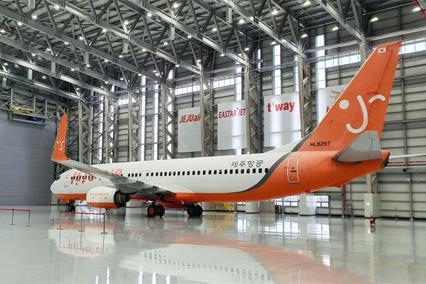 Announcing the contract win, KAEMS adds that it is targeting to overhaul 75 airframes this year, both in its commercial and military businesses, starting with three KUH-1 Surion utility helicopters.

It is also still in discussions with undisclosed customers about maintaining Airbus A320 family aircraft.

Apart from Jeju Air and T’way Air, KAEMS also counts Eastar Jet as its commercial client. The company had previously told FlightGlobal it was hoping to expand its customer pool, as well as its capabilities in narrowbody maintenance, eventually moving to widebodies.

The company opened its new commercial maintenance hangar in Sacheon in 2020, allowing it to perform MRO works on four narrowbodies at the same time.