Pilots at German operator Eurowings are set to strike on 6 October, after talks on a collective agreement failed.

Eurowings pilots had already indicated the potential for industrial action with a vote backing the collective bargaining committee’s strategy.

Pilots have been seeking progress on issues such as maximum flight-duty time.

The Vereinigung Cockpit union says 10 rounds of negotiations have not led to any “significant” resolution.

It states that the current agreement has not been updated since 2015.

“Workload has increased significantly,” says union spokesman Matthias Baier. “The employer regularly uses up the working hours of personnel to the maximum permitted.”

The union remains “open to talks”, says chair Marcel Grols, but adds that “it is not enough to sit at the negotiating table”.

Eurowings pilots will strike for 24h. 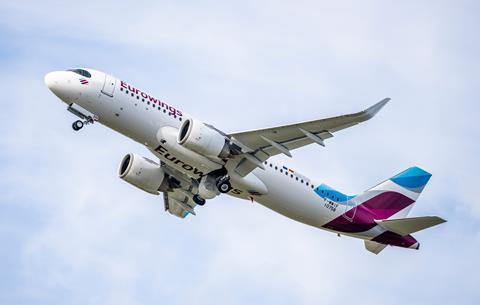