The converted freighter joined the airline’s CarGo freight business on 29 September, according to the airline. 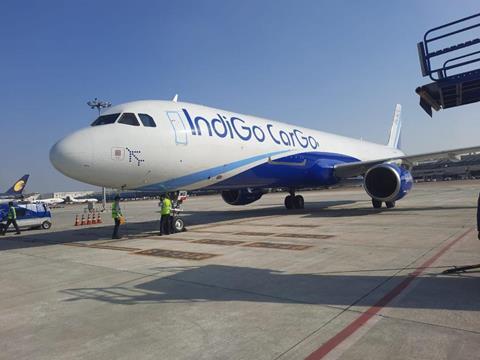 “We are pleased to receive our first A321 freighter aircraft in 6E fleet,” says CarGo chief commercial officer Mahesh Malik.

“CarGo has always been a success story for us especially highlighted during the pandemic. The CarGo business brought in revenues when the scheduled commercial flights were at a standstill.”

The aircraft appears to have been delayed somewhat: in April 2021 IndiGo signed a letter of intent with an unnamed lessor for the first two of four A321P2Fs. The initial aircraft had been expected to arrive in the first half of 2022. 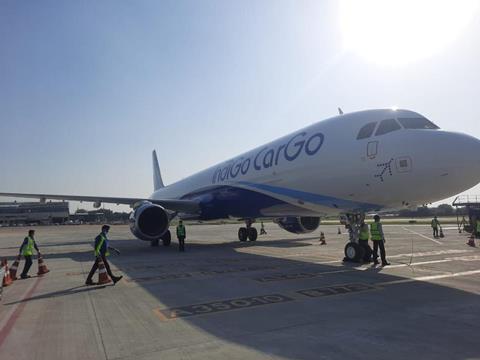 IndiGo adds that its “vast pool of A320 family pilots” can operate the aircraft.

The jet originally entered service with Aeroflot in 2007, and has also served Thomas Cook Airlines, Avion Express, and Vietjet Air. The aircraft is managed by lessor Castlelake.